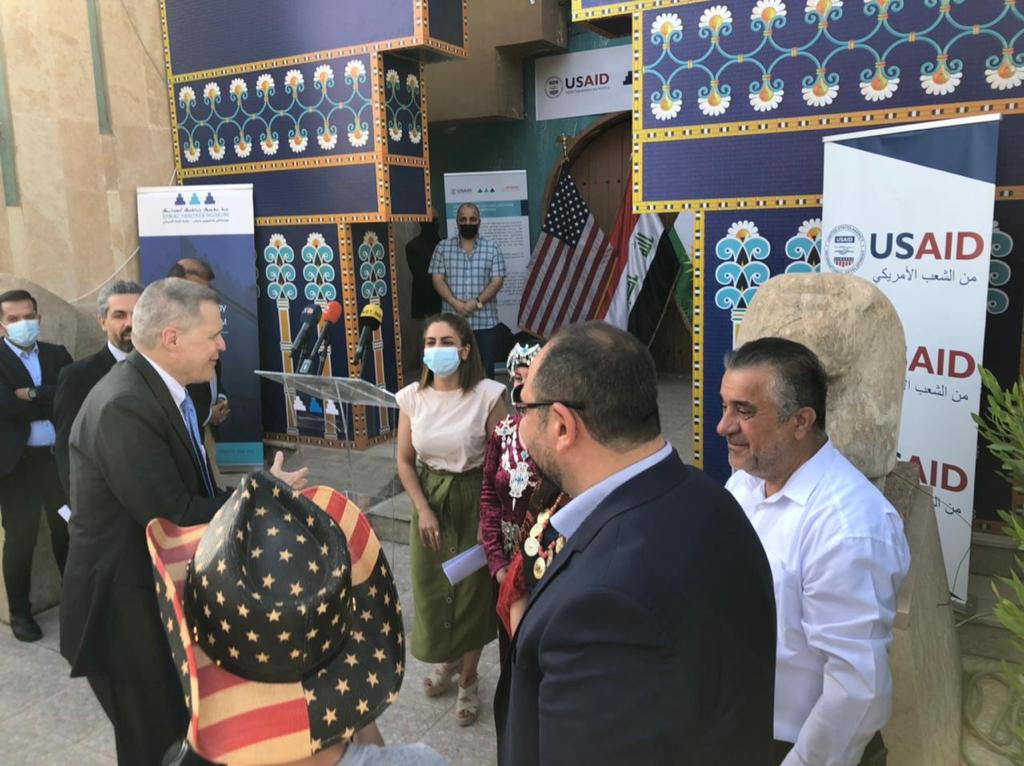 Shafaq News/ The United States announced, on Monday, a new program to provide financial assistance to the Syriac Heritage Museum protect the heritage of the Syriac community.

Ambassador Tueller said "the pluralistic Iraqi society, including the Syriac society, presents a rich heritage history, which is not only important to the people of this country, but to all believers in this region in the whole world."

The statement indicated that the United States is working with the Heritage Institute to support the local character and community leaders in Iraq and the Kurdistan Region, and is documenting and digitizing them at a time when ISIS targeted societal heritage such as museums, manuscripts, oral history, and music.

The statement stated that "the United States is committed to working with the Kurdistan Regional Government through an institution such as the Syriac Heritage Museum to assist the community of religious and ethnic components in Iraq,.