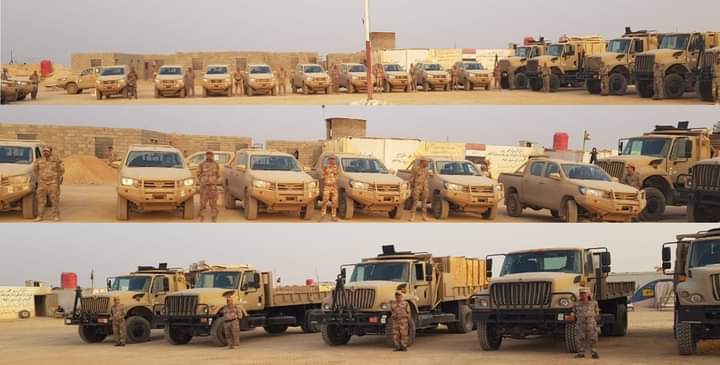 Shafaq News / The United States announced on Wednesday that it has donated 74 trucks and 40 housing units to the Iraqi border guards.

The statement added, " provided 40 CHUs to serve as housing for Iraqi personnel".