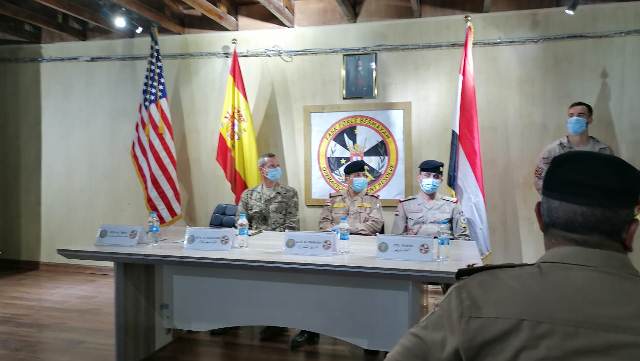 Shafaq News / The US-Coalition Command revealed, on Saturday, details of its departure today from Besmaya, south of Baghdad, indicating to keeping of Spanish consultants.

The coalition said in a statement received by Shafaq News agency, "The coalition leaves Besmaya after training 50,000 members of the Iraqi forces and investing $ 5 million."

The statement added, "We salute Spain for its role in leading the training program with Portugal, Britain and USA," noting that "Spain will remain in the coalition through advisers in Baghdad, air support and NATO employees."

A security source told Shafaq News agency that the international coalition handed over its location in Besmaya to Iraqi security forces.

The spokesperson of Joint Operations Command Major General Tahsin al-Khafaji said that the handover of the Spanish forces ’location in Besmaya base came was scheduled between the government and the coalition leadership, pointing out that this is the seventh site that was delivered to Iraq after five military bases were delivered which include an airport in Mosul and a military center near the Iraqi-Syrian border known as al-Qaim.