UNICEF and UNMAS call for an Iraq free of explosive ordnance 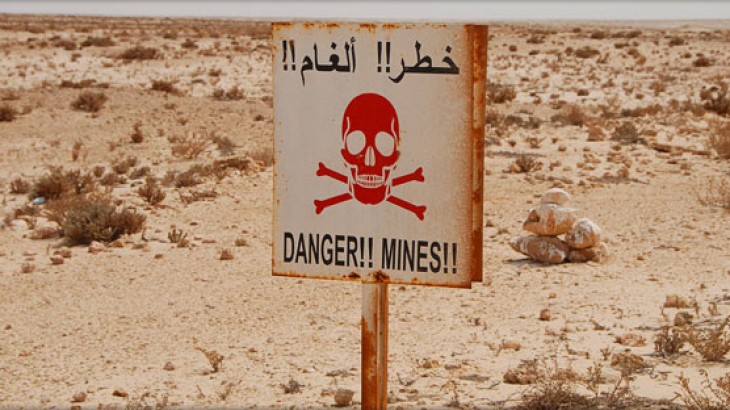 Shafaq News / No matter where they are used, explosive ordnance endanger a child's most fundamental rights. On International Day for Mine Awareness and Assistance in Mine Action, UNICEF and UNMAS call on governments to avoid the use of explosive weapons in populated areas (EWIPA), and to speak out to protect children and civilians worldwide from the threat of explosive ordnance.

The creation of a stable and safe environment in Iraq continues to be undermined by the presence of explosive ordnance, particularly in residential and rural communities. Even though Iraq has not suffered from open conflicts in the last years, the effects of explosive weapons will reverberate for years to come. Landmines and unexploded or abandoned ordnance (so-called “remnants of war”) still cause death and injury across the country

For the last 5 years, 519 children have been killed or maimed in Iraq due to explosive ordnance. More than 80 per cent of children affected are boys. Boys are disproportionately impacted due to incidents of child labour, such as grazing animals or collecting scrap metal to sell. Children are particularly vulnerable, attracted to remnants for their colourful appearance and unaware of how dangerous they are. Some of these weapons are familiar household objects that have been turned into explosives.

UNICEF and UNMAS welcome the international efforts to put forward a political declaration to ensure the protection of civilians from harm arising from the use of explosive weapons in populated areas.

UNICEF and UNMAS urge all parties to accelerate every effort to clear existing mines and unexploded ordnance and promote victim assistance, and to uphold children’s right to a safe and protective environment.

UNICEF and UNMAS also urge the Government of Iraq and the donor community to support the scale-up and provision of EORE activities so that children and other community members receive life-saving messages in schools and communities in all areas previously affected by conflict in Iraq.

UNICEF condemns the death of a child in Baghdad’s attack

Korea donates US$800,000 for the "most vulnerable children in Iraq"

UNICEF launches globally a US$9.4 billion emergency funding appeal for children affected by conflict, the climate crisis and COVID-19

One child was injured, and a school was damaged in the Baghdad rocket attack, UNICEF Representative says