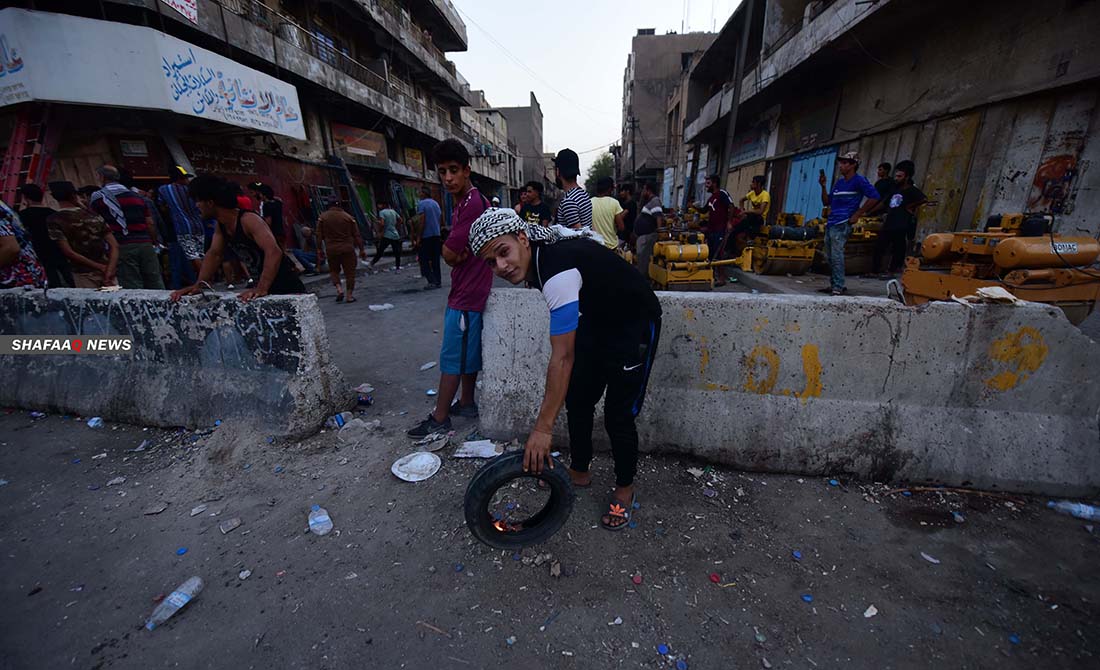 Shafaq news/ United Nations Assistance Mission for Iraq denied that the UN special representative Jeanine Hennis-Plasschaert had made a position before the Security Council about demonstrators in Iraq.

UNAMI mentioned in a statement received by Shafaq news agency that “Jeanine Hennis-Plasschaert hasn’t presented any report or statement to the Security Council”. Adding that “UNAMI observes the situation, and we support the right of the pacific protestor to express their demands. AS we request to protect the non-violent demonstrator.”

Iraqi High Commission for Human Rights declared on Tuesday that 3 protestors were killed, and more than 20 were injured, during confrontations with the Security Forces in Tahrir Square, in Baghdad. While the Ministry of interior said that there were dangerous criminal groups.

The protesters began a parade from Al-Tahrir Square to Tayaran square complaining the electricity cuts during heat wave.

Policemen, medics and protestors claimed that the security forces tried to end the parade and launched tear gas. While, a security resource said that the protestor throwed stones and fire bombs.

On Monday, he Iraqi Prime Minister warned during a speech that “Protesting is a legitimate right, and Security forces are not permitted to fire a single bullet against the demonstrators". He also said that he had opened an investigation and demanded results within 72 hours.

Military spokesman Yehia Rasool said in a statement that security forces had been given strict instructions not to use force against protesters unless necessary.

The biggest anti-government protest broke out last October and lasted for months. That time, hundreds of thousands of Iraqi demanded jobs, services, and the expulsion of the elite politicians. Five hundred protestors were killed.

The demonstration caused the resign of the ex-PM, Adel Abdul Mahdi.

During the last few weeks protest took place in many governorates.