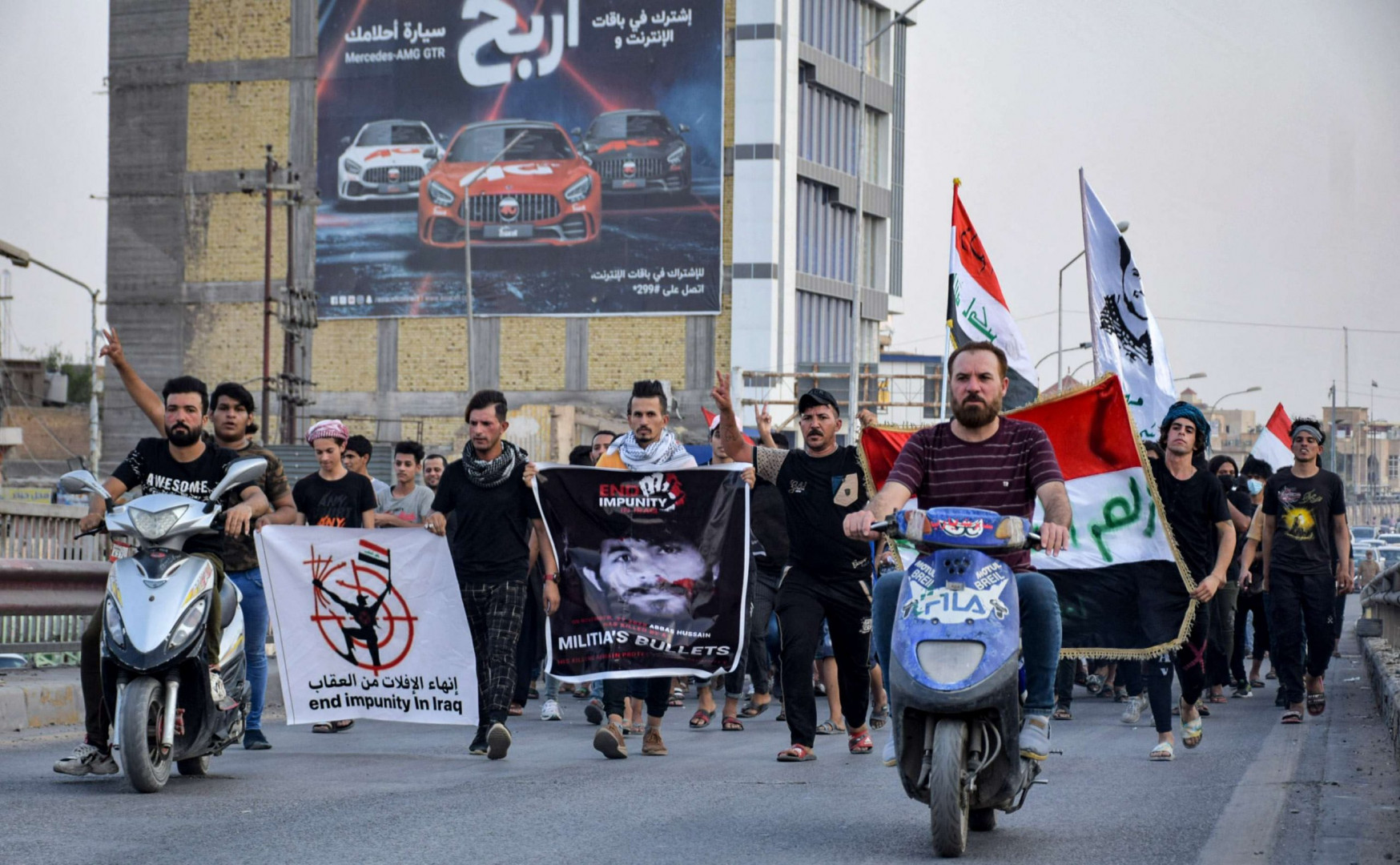 Shafaq News/ A UN report issued on Thursday, shed light on “limited progress” towards justice for human rights violations and abuses committed against dissenters exercising their right to free speech in Iraq.

“The Government of Iraq admittedly operates in a complex environment, including within the context of stalled government formation,” said the Update on Accountability in Iraq, jointly published by the UN Assistance Mission there (UNAMI) and the UN human rights office, OHCHR.

“However, continued impunity for killings, disappearances, abduction and torture of activists, undermines the authority of State institutions.”

Between 1 May 2021 and 15 May this year, the report notes an increase in politically motivated violence during the pre and post-election period.

The authors explain that in October last year, early parliamentary elections took place in the wake of an “unprecedented wave of country wide demonstrations in 2019,” which were marked by violence, excessive force, abductions, and targeted killings the saw hundreds perish, and thousand suffer injuries.

According to latest news reports, the biggest party to emerge from the vote, led by Shia religious leader, Muqtada al-Sadr, has still been unable to put together a new coalition government.

The Update highlights that while some progress has been made, particularly on victim compensation, accountability remains limited.

From 1 May 2021 to 30 April, UNAMI and OHCHR documented convictions in relation to four cases concerning violence perpetrated by “armed elements”.

And although the Government-established Fact-Finding Committee is operational, it has not produced any investigative outcomes or provided public information about its work.

The report found that Iraqi authorities have taken just “limited steps” to investigate the unlawful killing and injury of protestors, critics and activists, saying that “much more needs to be done to identify, arrest and prosecute the perpetrators of those crimes, including those responsible for ordering and planning them”.

“UNAMI/OHCHR remains extremely concerned by the continued limited progress towards accountability for crimes perpetrated against protestors, critics and activists,” the report said.

And many who have been subjected to threats and violence have unsuccessfully sought accountability.

Meanwhile, as civic space remains limited and those expressing dissent at risk of reprisal from armed elements, a climate of impunity for human rights violations has evolved, with “a chilling effect” on the rights to freedom of expression and peaceful assembly.

The Update recommended that the Government of Iraq conduct prompt, independent and credible investigations of all alleged human rights violations and abuse perpetrated against protestors, activists, journalists, and critics.

It must also work harder to ensure that victims have access to effective remedies, such as judicial and administrative processes that are responsive to their needs.

Victims must also be informed on the scope, timing, and progress of the proceedings and disposition of their cases.

And the Government should assist victims throughout the legal process, taking measures to minimize their inconveniences, protect their privacy, and ensure their safety – as well as that of their families and witnesses on their behalf – from intimidation.

The international community also has a role to play, the report said.

The report advocates for funding and capacity-building programmes for the police and judiciary, which should include structured oversight.

More than 253 military operations were carried against ISIS in 2020