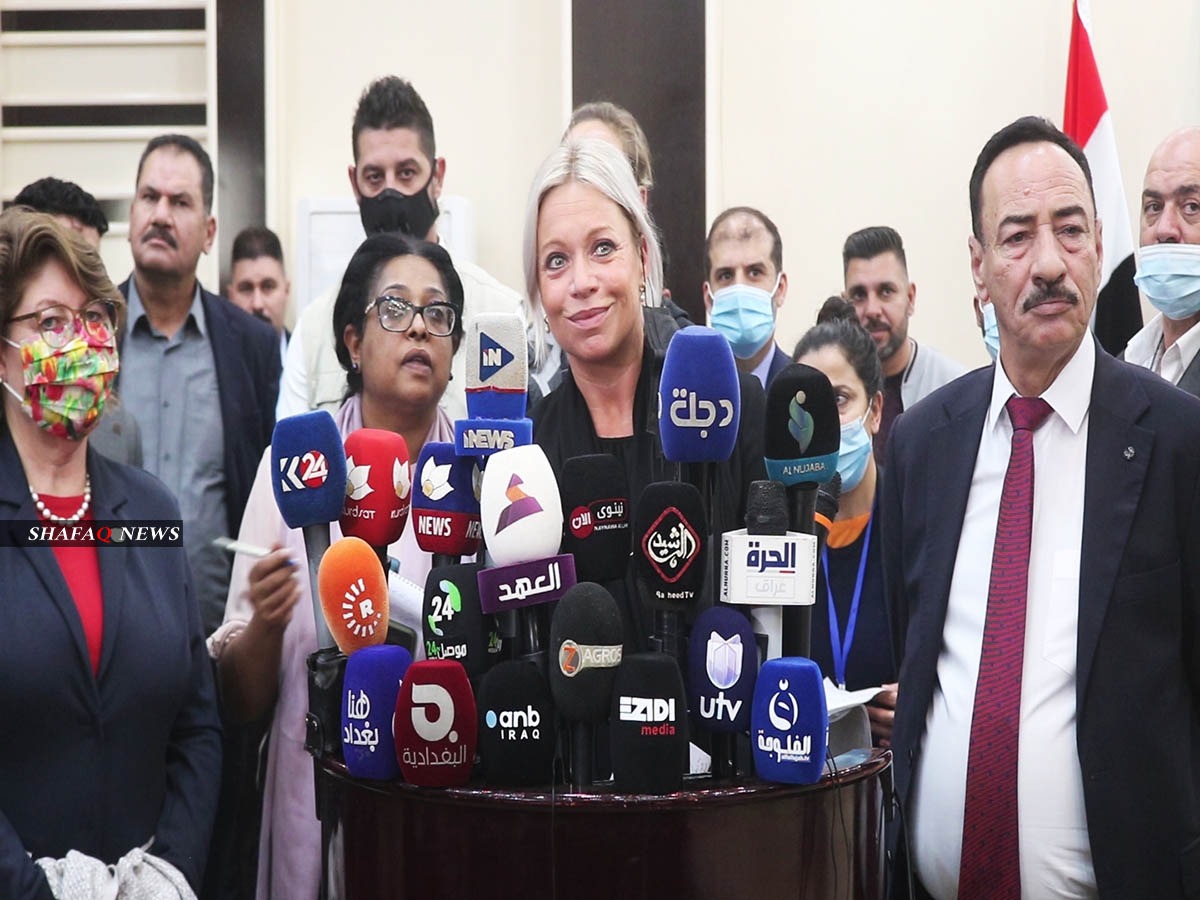 Shafaq News / The Special Representative of the Secretary-General for the United Nations Assistance Mission for Iraq, Jeanine Hennis-Plasschaert said she is optimistic about reaching the stability in Sinjar district, stressing that she will "fight" to succeed that.

"I am very happy to be here in Nineveh to meet all the components of Sinjar," Hennis-Plasschaert said in a press conference held today, during a visit to Nineveh Governorate.

She added, "The most important issues are stability, security structures and unified administration in the district, therefore I urge Baghdad and Erbil to implement the agreement they signed as soon as possible starting with the entry of the army as a first step.”

In response to a question about "the threat of weapons by some armed groups," she said, "The threat is not in the interest of the people of Sinjar who have suffered, and delays the return of the displaced to their villages."

She stressed “unfortunately, there are no guarantees in this life, but I am committed to fighting to make this happen."

"Media plays a very important role to express that Sinjar must move forward.”

For his part, the governor of Nineveh Najm al-Jubouri said at the conference that the Special Representative met all the Yazidis and Iraqi tribes in the district of Sinjar of all sects and has listened to all point of views, especially about the agreement between Baghdad and Erbil, noting that "the role of the United Nations is necessary and will continue to rebuild the areas in Sinjar."

In October, The Iraqi government had reached a “historic deal” with the Kurdistan Regional Government (KRG) over the governance and security of Sinjar.

ISIS invaded Sinjar district in 2014 and committed a massacre against its residents before the Peshmerga forces liberated it the following year.

However, the Iraqi army backed by Al-Hashd invaded the region due to the tension between the region and the federal government against the backdrop of the independence referendum in 2017.

There are currently two local governments for Sinjar, one of which was appointed by the federal government authorities, and the second is the elected government, which operates from Duhok governorate.