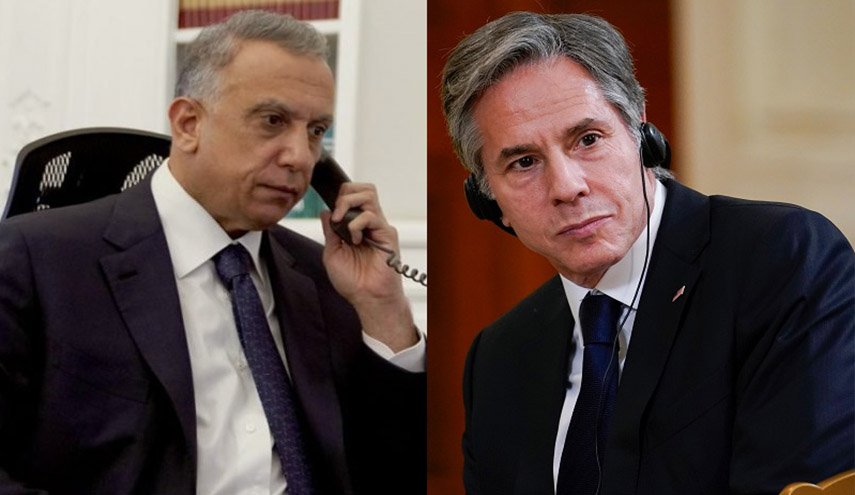 Shafaq News/ On Monday, a source revealed that the U.S. Secretary of State, Anthony Blinken, informed the Iraqi Prime Minister, Mustafa Al-Kadhimi, that Washington "would not stand and watch its allies in the Kurdistan Region threaten and attack."

The source told Shafaq News Agency, "The U.S. Secretary of State told Al-Kadhimi during a phone call that the United States will have a firm position on the Iranian attack on Erbil, by responding directly to Tehran or its agents in Iraq and the region."

"I spoke with Iraqi Prime Minister Mustafa Al-Kadhimi yesterday to express solidarity and condemn the recent Iranian attack that violated Iraq's sovereignty. We discussed Iraqi national unity and the urgent need to form a government that protects Iraqis and their territory." Blinken said on Twitter.

During the phone call, Iraq's Prime Minister Mustafa said his country should not become "a stage for settling external scores."

PM al-Kadhimi discusses with Blinken the recent attack on Erbil