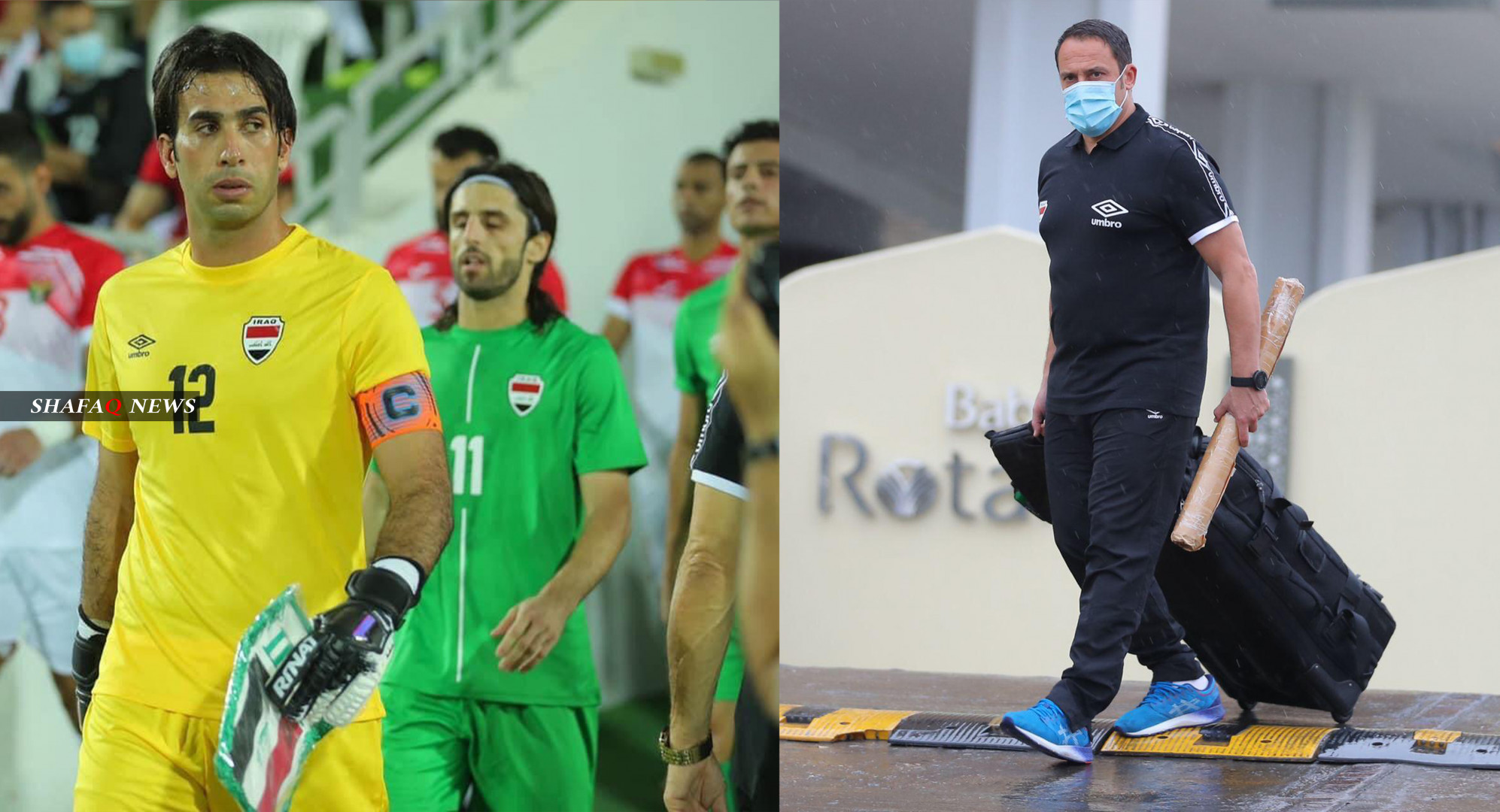 Shafaq News/ Two players of the Iraqi football national team has tested positive for COVID-19, according to official sources.

The media coordinator for the team, Hisham Muhammad, told Shafaq News agency , "the National team goalkeeper Jalal Hassan and assistant coach have both tested positive for COVID-19. Both were transferred to health isolation in the United Arab Emirates for treatment."

Mohammed added, "Goalkeeper Jalal Hassan will be absent from our national team's list for today's match against Uzbekistan in the second friendly match for the Mesopotamian Lions after the pandemic. The assistant coach will also be absent."

It is noteworthy that five players from the Iraqi national team have contracted the virus since the gathering that was held in Baghdad (Alaa Abdul-Zahra, Hussein Ali, Muhammad Reda, Ahmed Ibrahim and Jalal Hassan).