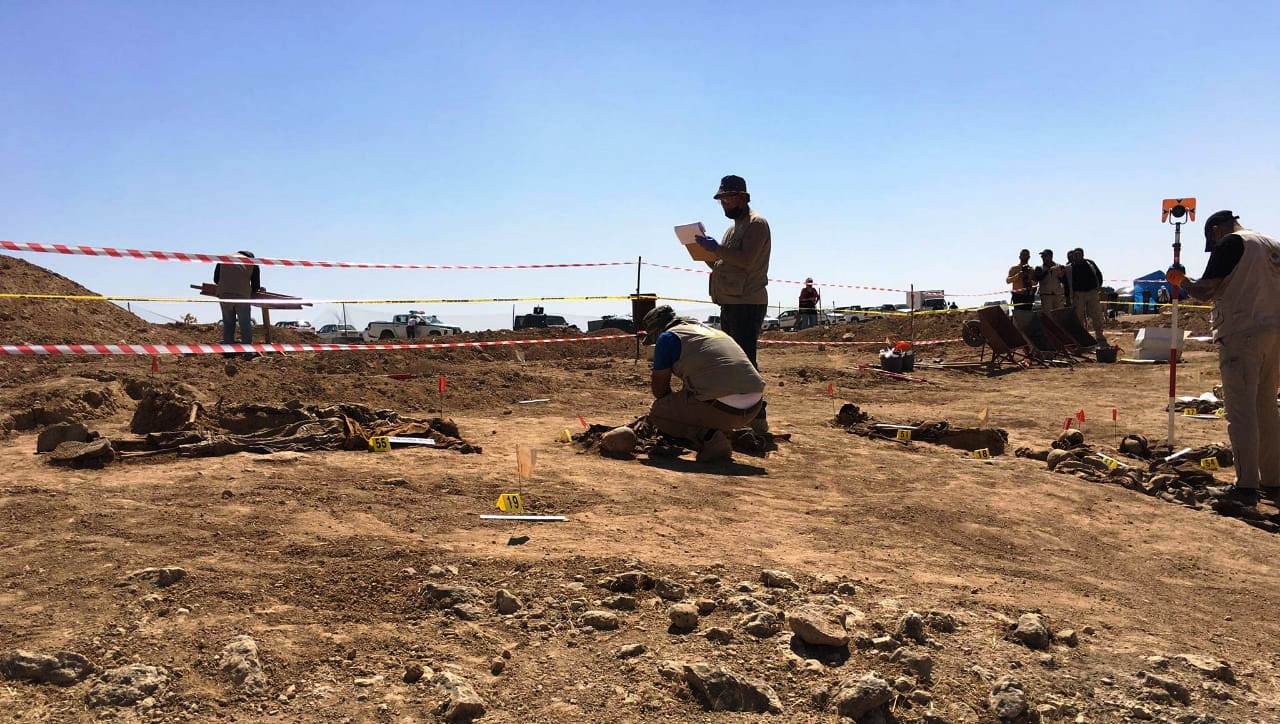 Shafaq News/ Two mass graves containing bodies of victims killed by ISIS have been found near Badush prison in Mosul, the capital of the Nineveh Governorate.

In a press conference near the unearthed mass grave, Nineveh's Governor, Najm Al-Jubouri, called on the United Nations to provide the Iraqi government and organizations to unearth hundreds of similar sites.

"Badush mass graves victims might be the personnel in charge of the prison security," he added, "dozens of marked graves await unearthing. The biggest is expected to be in the Khasfa, in the south of Mosul, that is hundreds of meters deep, in addition to other graves in Tal Afar."

The head of the Mass graves protection department in the "Prisoners Institute", Diyaa Karim, said, "123 bodies have been exhumed out of 500 with the assistance of international organizations."

Karim cited "more complicated sites" like the Khasfa in the south of Mosul, and Ulo Angar and the Zakhrothiya in Tal Afar and Sinjar, referring to operational complexities due to issues related to weather, the topography of sites, and rivers traversing others, which requires international expertise in addition to the domestic efforts.

For his part, the head of the Forensic Medicine Department in Mosul, Dr. Hasan Wathiq Raouf, said that the department is devising a plan to hand the bodies to the victims' relatives after the DNA testing.

"The victims are from all over Iraq; Inmates and employees, and from both genders," he added.