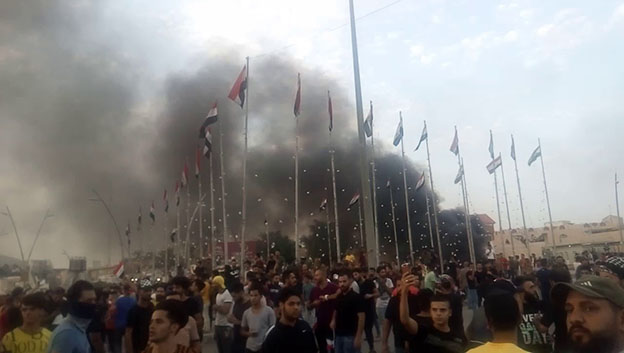 In a statement received by Shafaq News Agency, "yesterday, two activists of al-Kout square were attacked by two unidentified gunmen while they were in their car."

"We affirm our refusal of using arms and threatening the lives of activists or any other citizen."

"On a personal level, I do not believe in the language of weapons and threats. I will not allow dragging our governorate into any attempts to violate the law and the sharia. I insisted, since the beginning of the protests, to distance our governorate from weapons, even if some are still bloodthirsty."