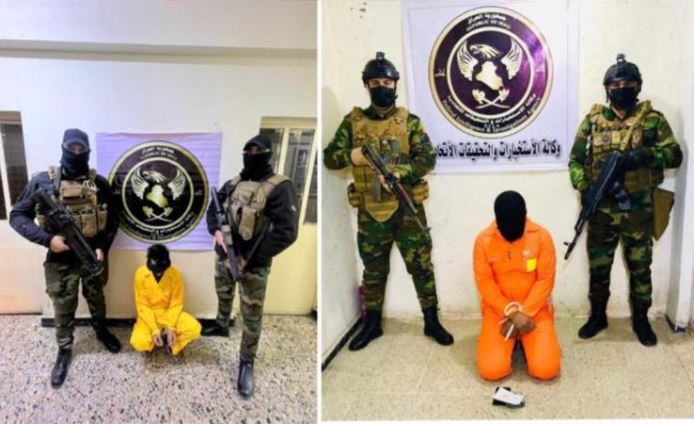 Shafaq News/ Iraq's Federal Intelligence Agency said it had arrested two persons who served in the formations of the terrorist organization ISIS in the Iraqi capital, Baghdad.

The agency said in a statement earlier that the "terrorists wanted in accordance with Article 4/Terrorism for their affiliation to ISIS" were captured in two separate operations in Baghdad.

Upon preliminary inquiries, the first arrestee known as "Abu Obaida" confessed for serving in the "Nahawand unit", while the other said he drove a "drilling vehicle" deployed in constructing hideouts for the terrorist group.