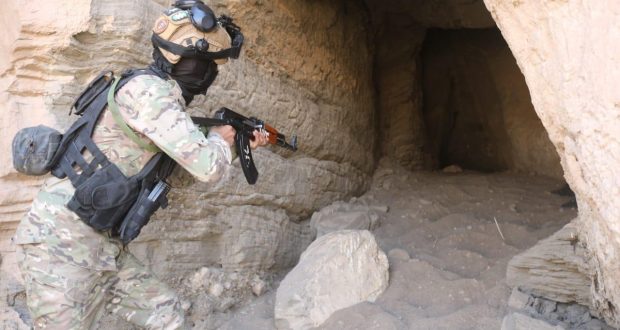 In a statement, the Directorate said, "The two arrested suspects had previously fled to Syria during the liberation of al-Anbar. They are both workers in the so-called" ISIS security ", adding, "They were arrested in an ambush in Al-Qaim district, adjacent to the borders with Syria."

"The operation was carried out according to accurate intelligence information, in coordination with the Intelligence Department of Al-Jazeera Operations Command and the 1st regiment, the 28th Infantry Brigade, as well as the Military Intelligence Division's detachments in the 7th Division", the statement added.