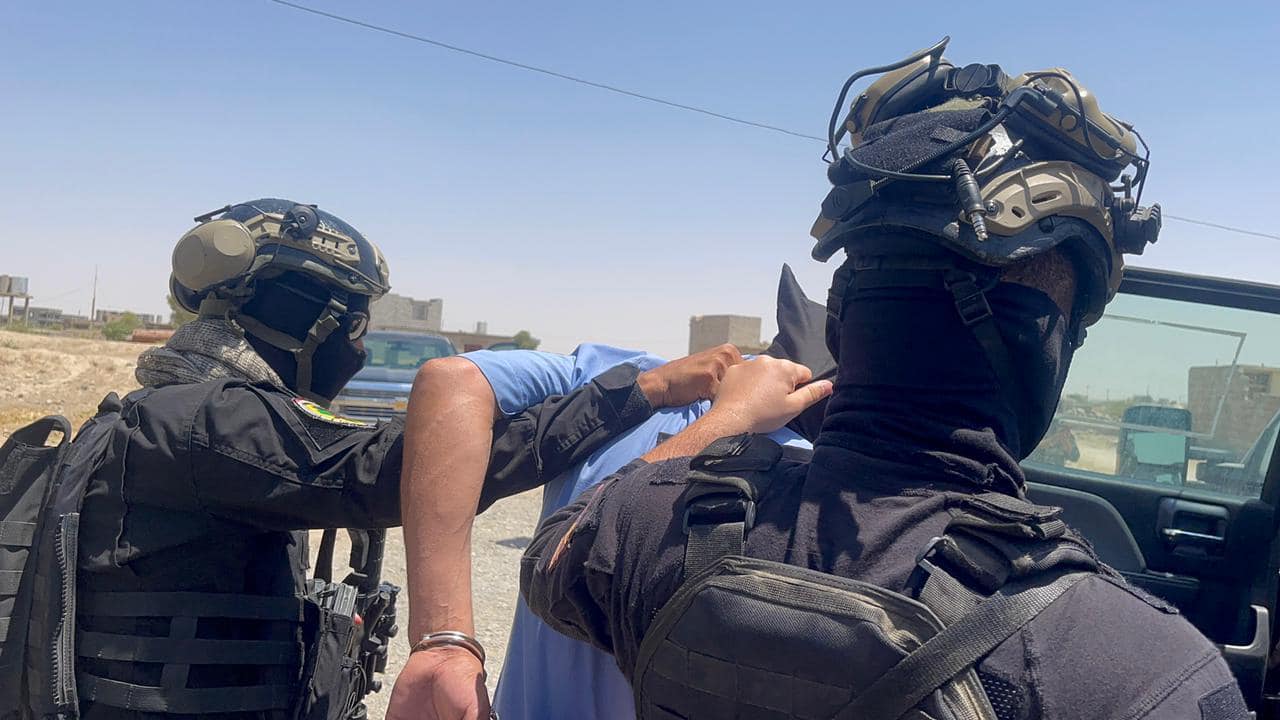 The Security Media Cell said in a statement that a force from the Baghdad operations command managed to arrest a suspect according to Article (4/1) of terrorism in northeastern Baghdad.

In the same context, a force from the Directorate of Security and Discipline in al-Hashd al-Shaabi managed to arrest an ISIS terrorist working within the so-called "Wilayat Iraq"-north of Baghdad axis.

The PMF media department explained that the arrest was carried out after obtaining official approvals from the concerned judge, and in cooperation with the forces in charge in Baghdad.

The terrorist had a high-level administrative position, and the legal measures were taken against him.

Clashes between PMF and ISIS cease in Amerli