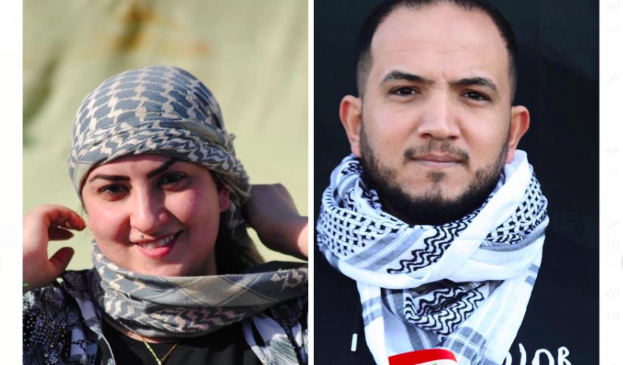 The source told Shafaq News Agency, "The civic activists, Lodia Raymond and Abbas Sobhi, were subjected to an armed attack by unknown persons in Al-Jumhuriya area in Basra", adding, "Raymond and Sobhi were were injured and transferred to the teaching hospital of the governorate".

The accident comes three days after the assassination of the civic activist Tahseen Osama, in Basra, by unknown gunmen.

The assassination of Osama outraged activists in Basra, as tens of demonstrators, threw stones at the house of Basra Governor Asaad Al-Eidani, while riot police responded by firing bullets in the air to disperse the protesters.

The demonstrators demanded revealing the identities of the killers and bringing them to justice.

Dozens of activists have been subjected to coordinated assassinations since the start of the popular movement in Iraq last October against the political status quo accused of corruption and following external agendas.