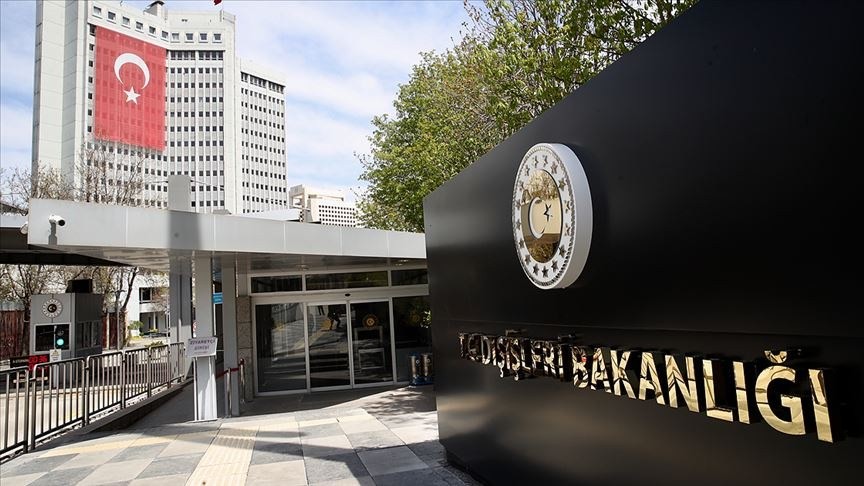 Shafaq News/ Turkey on Wednesday condemned the attack on its consulate general in Nineveh's capital city, Mosul, calling on the Iraqi authorities to protect the diplomatic missions on its soil.

In a statement on Wednesday, the Turkish foreign ministry said that no casualties were reported.

“We firmly request from the Iraqi authorities to fulfill their responsibilities in protecting diplomatic and consular missions,” it said.

“It is also a grave and noteworthy development that this attack was carried out during the U.N. Security Council meeting, which was held upon the call of the Iraqi authorities and at a time when our country was unfairly accused and targeted,” the ministry said further.

“On this occasion, we once again reiterate our call to the Iraqi authorities to focus on the fight against terrorism and to put an end to the terrorist presence on their territory, which poses a threat to neighboring countries and diplomatic missions.”

“We have always warned Iraqi authorities on these harassments. Who has the responsibility to protect our missions? Iraq,” Çavuşoğlu said, speaking during a live interview on TV100.

“There are terrorist organizations in your country threatening both you and Turkey from there. They pose threats to our missions in Iraq. The responsibility to clear these terrorists lies on them,” he added, saying that Turkey offered to fight terrorists jointly.

“Unfortunately, terrorist organizations are highly active in Iraq, and the Iraqi authorities cannot carry out an effective fight against them.”

On the other hand, the U.N. Security Council said on Tuesday that Turkey and Iraq are ready to launch a joint investigation into a recent deadly attack in Duhok, north of the Kurdistan region.

The Iraqi government sought the meeting after the July 20 artillery attack that killed nine Iraqi tourists and injured 33 other people.

Turkey's Ambassador to Vatican: Pope's visit to Iraq could provide a positive contribution to stability in the region