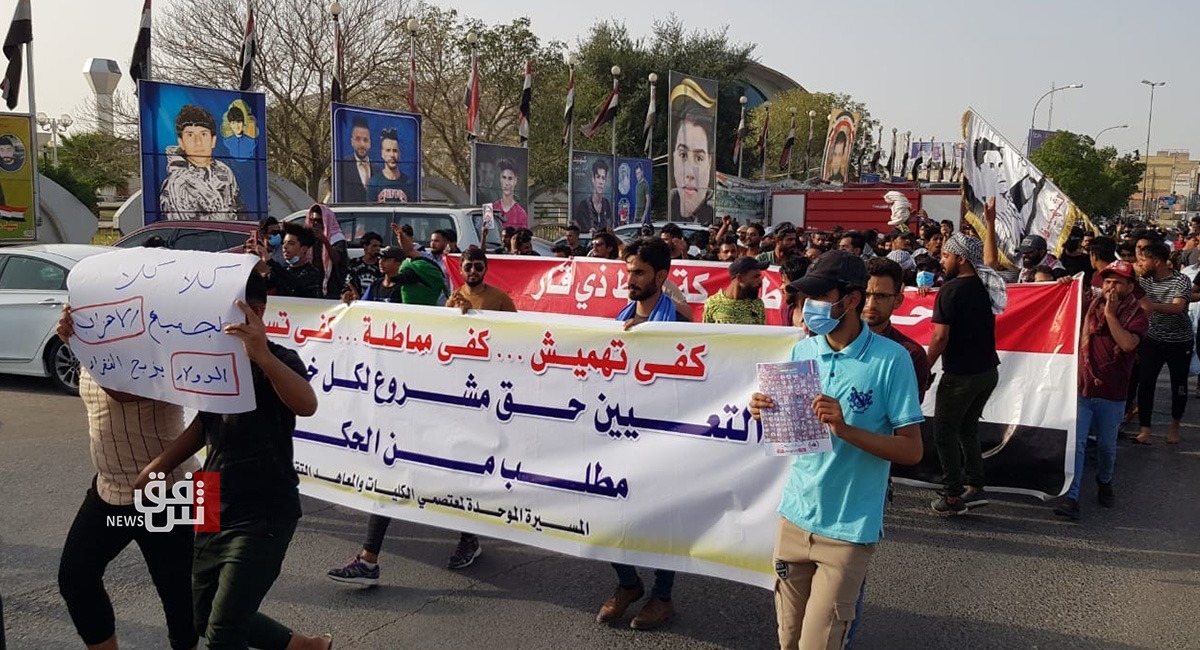 A local official who preferred to remain anonymous told Shafaq News Agency that the Federal government raised the occupational grades from 350 to 1,000, indicating that the new employees will be enlisted on the payroll as "daily wagers".

The source said, "The government dispatched the Commander of Somar Operations Command, Lieutenant General Saad Harbiyah, to negotiate with the graduates picketing the oil Institutes. Lt. Gen Harbiyah tried to persuade them to share those grades with law, economics, and administration graduates who are picketing the Governorate headquarters."

"The negotiations fell because the picketers at the oil companies refused to share the grades," he continued, "the local government is seeking a solution to assign the law, economics, and administration graduates as daily wagers in one of the ministries."

Several weeks ago, hundreds of unemployed graduates have started a picket near the entrances of the Dhi Qar oil company to demand jobs.

The protestors close the entrances and roads leading to the company to prevent the employees from arriving at their work to exert pressure upon the authorities.