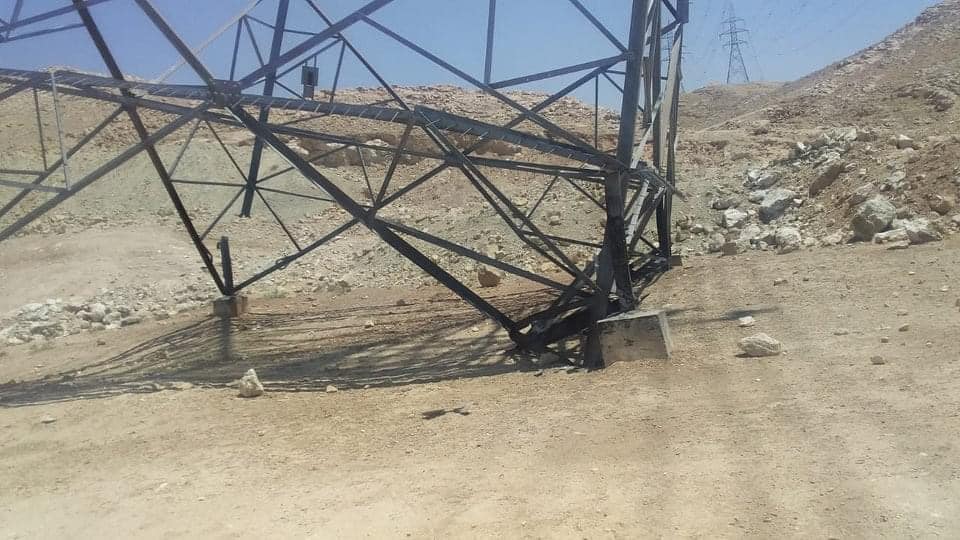 A source told Shafaq News agency that three towers on the 420 kV line of Qayyarah-Mosul collapsed due to an explosion, indicating that this is the second line put out of service beside Kirkuk-Mosul.

The source said that the explosion took place near al-Arbid village to the south of Mosul.

For his part, the Northern Electricity transmission General Company confirmed in a statement today that the line was subjected to a sabotage act, in which tower 342 fell, while towers 340 and 341 were damaged.

The statement noted that this line has been out of business since yesterday, due to the bombing of Tower No. 73, also on the same line in Nineveh Governorate.