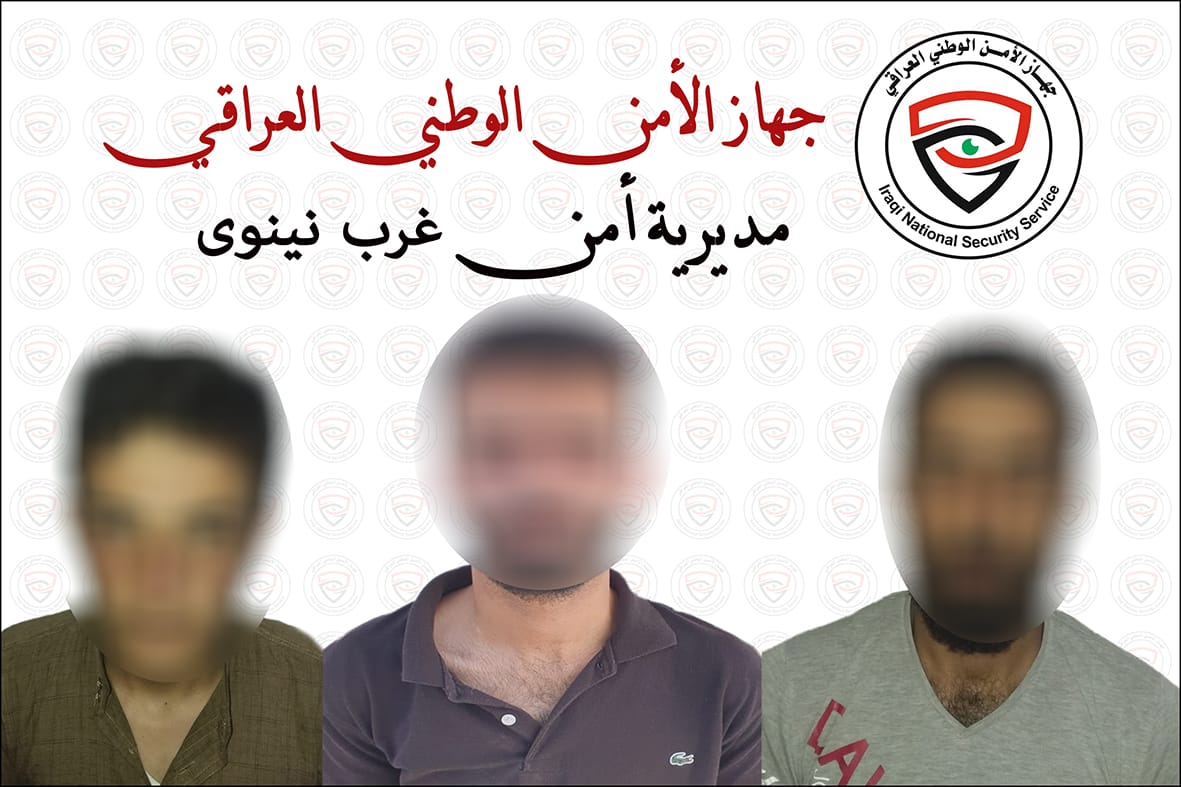 Shafaq News / The Security Media Cell reported, on Monday, that three terrorists had approached the Iraqi border coming from Syria.

In a statement received by Shafaq News Agency, It said that "an intelligence team from the National Security set up ambushes, especially in places expected to penetrate into the Iraqi territories from the borders with Syria, west of Nineveh Governorate.

The statement added that" the team was able to arrest three terrorists, one of whom is Syrian, and all of them belong to ISIS ".

It continued, "They admitted that they participated in most of the battles against the Iraqi forces, and they entered Iraq to carry out terrorist operations."

"They were all referred to the authorities to take legal measures against them." The statement declared.

US patrols roam the Derik villages

Iraqi forces start a military operation, specifically in borders with Syria and Jordan