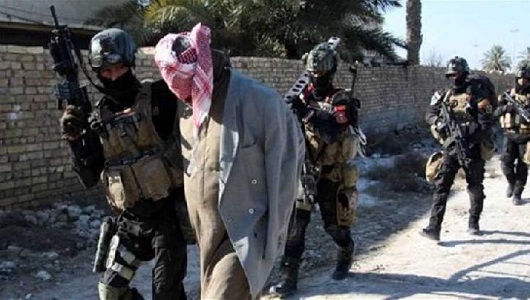 A statement of the Military Intelligence Directorate said that arrestees operated in the so-called  "Abu Marwan al-Hamadani sector".

The statement said that a joint force from the Military Intelligence of the 15th Division, the third regiment of the 73rd Infantry Brigade, and Counter-Terrorism force of Zummar, among other supporting security forces.

The security forces tracked the terrorists and arrested them in Zummar, west of the governorate.

The statement added, "the three arrestees took part in terrorist operations. They are wanted by the Iraqi Judiciary in accordance with the provisions of Article 4/Terrorism."