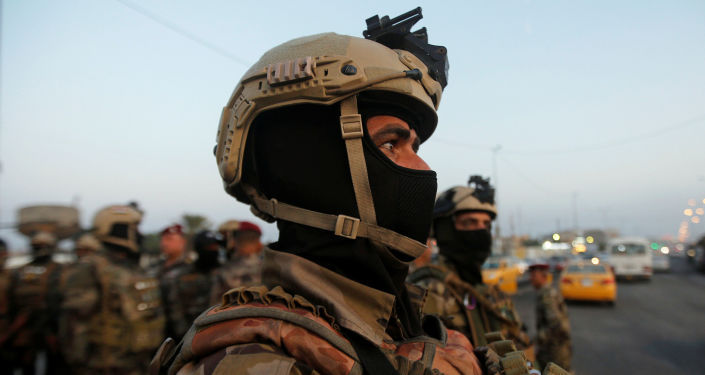 Shafaq News/ Iraqi security forces apprehended a senior ISIS figure who served as a commander of the terrorist organization in Diyala.

In a press release issued earlier today, Tuesday, Minister of Interior, Othman al-Ghanmi, said that the terrorist is wanted for multiple killings in al-Khuwayles village in Diyala in 2007.

The terrorist has been undercover since then, according to the Minister.

Elsewhere, a statement of the Military Intelligence Directorate said that a force from the intelligence regiment of the 16th division arrested a wanted ISIS terrorist at al-Barari checkpoint between Saladin and Nineveh.

The arrestee operated in the terrorist organization's aerial defense division.

In the same context, the Military Intelligence caught another terrorist in al-Jadaa camp, south of Nineveh.

The statement said that both arrestees are wanted by the Iraqi Judiciary in accordance with the provisions of Article 4/Terrorism.