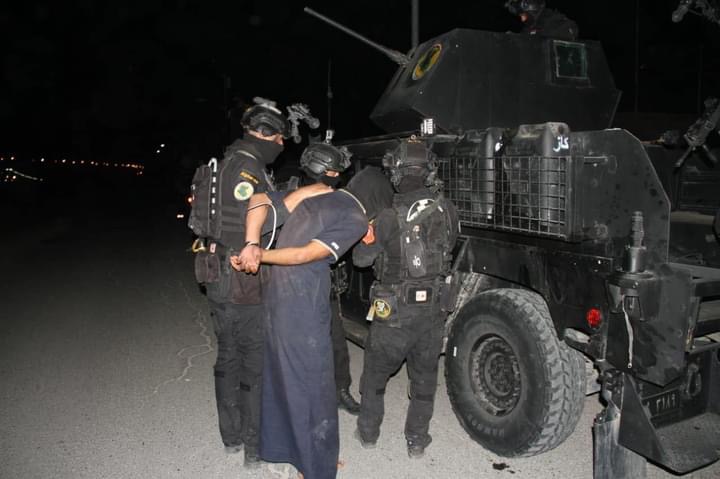 Shafaq News / The spokesman for the Commander-in-Chief of the Armed Forces, Major General Yahya Rasool, announced on Tuesday that the Counter-Terrorism Service had arrested 3 terrorists in Kirkuk and al-Anbar.

Rasool said in a statement that during the combing campaigns launched by the Counter-Terrorism Service, three terrorists in Kirkuk and al-Anbar were arrested.

This came 24 hours after bombing ISIS dens in Hammam Al-Alil and killing eight ISIS terrorists were killed, according to Rasool.

A joint force combs the Western desert areas of al-Anbar