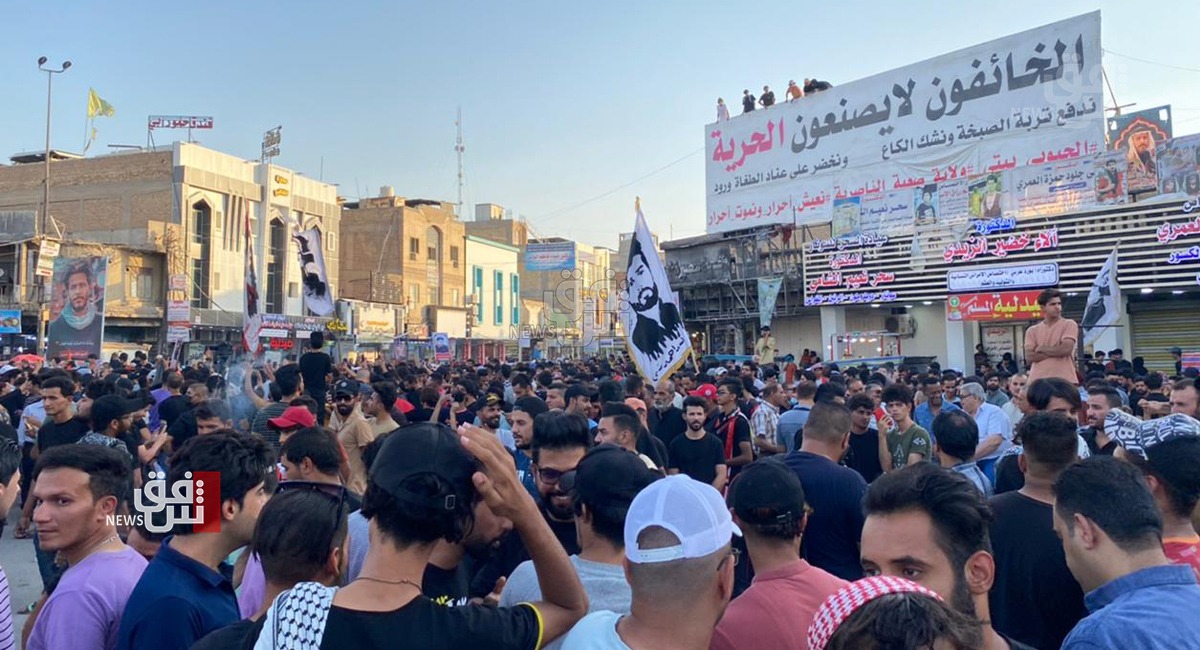 Shafaq News/ Thousands of demonstrators commemorated, on Friday, the second anniversary of the  "October Uprising" in Al-Nasiriyah and Basra.

Shafaq News Agency's correspondent said that thousands of demonstrators flocked to Al-Haboubi Square to head to the Al-Zaytoun Bridge, where the security forces led by Lieutenant-General Jamil Al-Shammari commit the first massacre against the protests by security forces.

And he indicated that the demonstration was launched amid strict security measures implemented by the security forces in the vicinity of Al-Haboubi Square.

Meanwhile, Shafaq News Agency correspondent in Basra reported hundreds of demonstrators gathered in Al-Harbiye Square in front of the governorate building to commemorate the “Uprising.”

Earlier, Dozens of demonstrators commemorated the second anniversary of the “October Uprising” in Tahrir Square, the center of Baghdad.

During the 2019 Uprising, Hundreds of thousands of citizens participated in these demonstrations, the majority of whom were young people, and their most prominent slogans were "We want a homeland,” "Sunnis and Shiites are we won’t sell our country,” and other slogans that denounced the interference of neighboring countries in Iraqi affairs.

The demands focused on reforms, and to put an end to corruption, quotas, and the failure at the political and administrative level.

The popular movement resulted in the overthrow of  the government headed by Adel Abdul-Mahdi, and the adoption of a number of decisions, including conducting early elections under a new law.