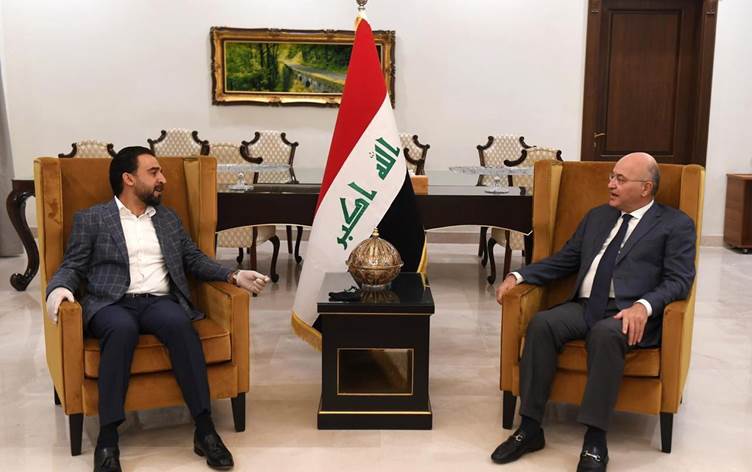 Shafaq News / The President of the Republic, Barham Salih and the president of the House of Representatives, Muhammad al-Halbousi called, on Saturday, to complete the election law legislation

Salih said in a statement received by Shafaq News, "The current stage faces several challenges and requires moving towards approving important draft laws, the most prominent of which is the completion of the election law legislation to ensure its integrity and restore confidence in the electoral process."

Salih stressed "the importance of the legislative institution's role in meeting the citizens' living, security and health needs, and ways to limit the epidemic and economic repercussions of the Coronavirus in the country."

For his part, Al-Halbousi said, according to the council’s media department, “I call on everyone to assume the responsibilities by completing the election law and proceeding with early elections,” calling on the leaders of the parliamentary blocs to hold “intensive meetings, starting tomorrow, in the presence of the head of the legal committee, his deputy and the rapporteur, and the presence of the council’s presidency."

The department indicated that "the House of Representatives has finished reading and discussing the report of the Legal Committee on the various departments of the Iraqi Parliament elections law."

For its part, the Parliamentary Legal Committee submitted the report of the House of Representatives election to the Presidency of the Parliament.