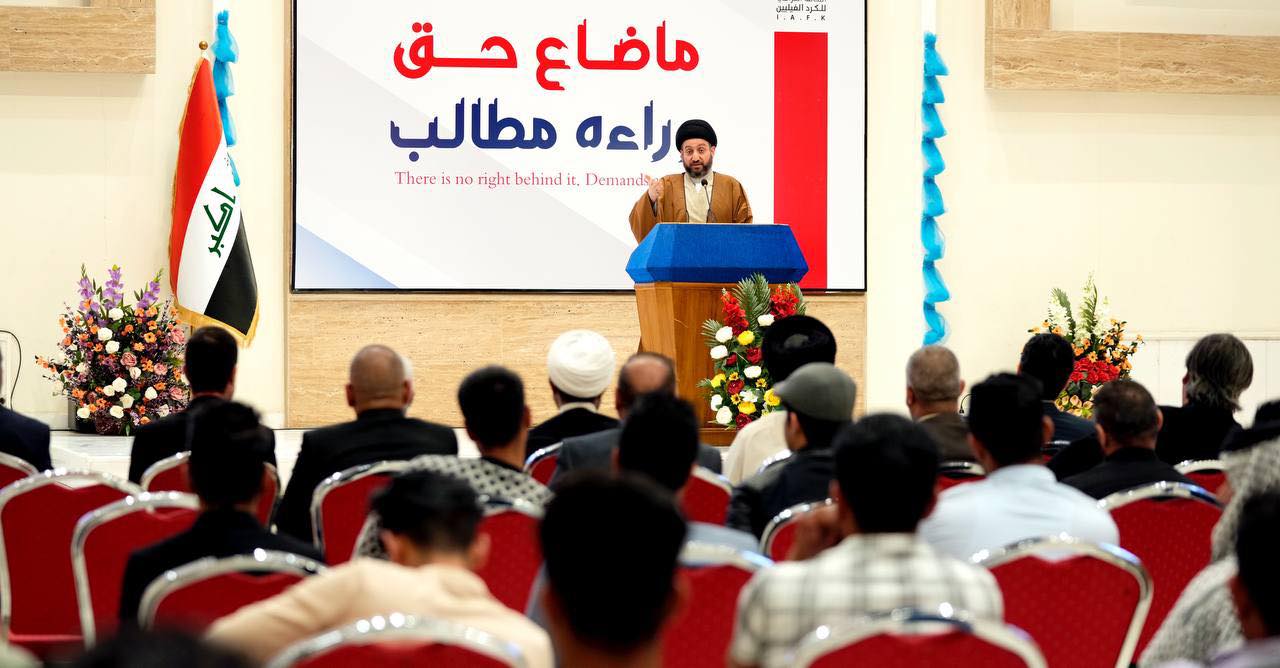 Shafaq News/ On Saturday, the head of the National State Forces Alliance warned that the parliamentary session for selecting the new Iraqi president would turn into a problem among the political forces, in reference to the differences between the Coordination Framework and the Sadrist Movement.

Speaking at the conference of the National Alliance of Faili Kurds today, Ammar Al-Hakim said, "We warned against turning the election session into a challenge among the parties. the state could not be managed by twisting arms and breaking bones, but through dialogue and understanding.”

Earlier today, an informed source told Shafaq News Agency that five issues suspended the negotiations between the Shiite Coordination Framework and the Sadrist bloc, and a "surprise" would be announced soon.

He told our Agency, "the Framework agreed with Muqtada Al-Sadr on many conditions for joining an alliance, including keeping the formation of the Popular Mobilization Forces, joining with all the Framework blocs and distributing the ministerial seats equally (the Shiite house has 12 ministers and the post of the prime minister.)

According to our source, the Interior Ministry portfolio is the main point of disagreement, as well as the position of the prime minister and fighting corruption.

He indicated that "some mediators from the Kurdistan Democratic Party and Al-Siyada Alliance are working to dissolve the dispute between the two Shiite poles and resume the negotiations before the next Parliamentary session on Saturday.”

In turn, a source close to Al-Sadr said that the head of the Sadrist insists on Jaafar Al- Sadr as the next prime minister.

Earlier today, a leading figure of the Coordination Framework said that the participation of the Shiite consortium in the presidential vote is contingent upon the outcomes of the talks with the Sadrist movement.

Speaking to Shafaq News Agency, lawmaker Ahmed al-Mousawi said, "so far, the Framework has not decided whether it will participate in the session called to elect a president or not. It is contingent on the outcomes of the talks with Muqtada al-Sadr."

"If a conclusive agreement over the government formation was reached, we will. If it went the otherwise, we would not be a part of the session," he elaborated.

The Iraqi parliament has set March 25 as a date for the session during which a new president of the republic will be elected.

According to a brief press release by the bureau of the Iraqi Parliament Speaker, Mohammad al-Halboosi, the legislative body is invited to elect a president on March 26.

Earlier this month, the parliament rolled a list of 40 candidates vying for the post of the Iraqi presidency. Five members were deemed eligible for the race.

Two ways to choose the next Prime minister, CF