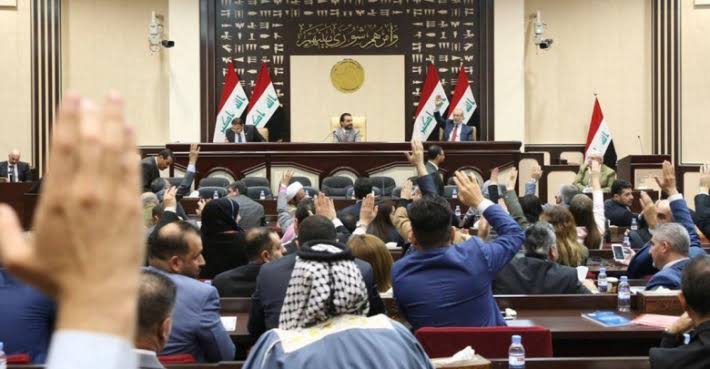 Shafaq News / MP for the Patriotic Union of Kurdistan, Rizan Sheikh Delir, confirmed that the political parties' intentions and conflicts with the government hinder the approval of the budget bill.

In a statement, Sheikh Delir stressed the need for the Iraqi people to know that the region's share is not an obstacle to passing the budget, adding, "the Kurdistan Region's delegation had visited Baghdad dozens of times to agree on this matter."

"The obstacle facing the budget passage is the intentions of the political parties and their conflicts with the government", she pointed out.

The Parliamentary Finance Committee had confirmed its intention to pass the budget law, at Sunday's session, despite political blocs' attempts to obstruct the session.

Earlier today, Al-Fatah coalition informed the Parliament's Presidium that its representatives will not participate in the voting session on the budget bill, unless the dollar exchange rate is reduced.

A parliamentary source told Shafaq News agency, "This decision caused a delay in the session, and the failure to reach an agreement to vote on the bill."

The Finance Committee's rapporteur, Ahmed Al-Saffar, told Shafaq News agency, "The ministers of planning, finance, and oil are still clarifying some paragraphs of the budget for the heads of political blocs, including foreign loans, investment projects, provincial shares..."

"The Finance Committee has completed all the budget law articles, leaving nothing but a political agreement to vote on the budget today", he added.

Al-Saffar indicated, "the Finance Committee is determined to vote on the general budget bill today", noting that the dollar's remains fix.

The Parliament's Presidium had reportedly scheduled the voting session on the budget bill at 09:00 PM later today, Sunday.