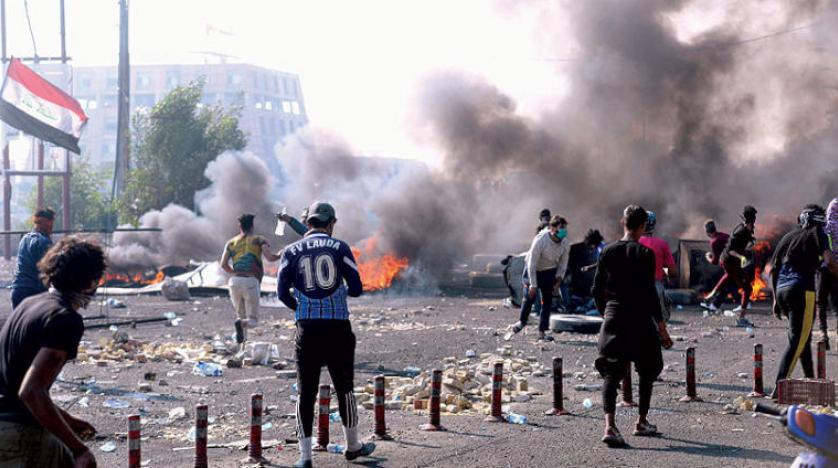 Shafaq News / A security source said 49 injuries were registered in Al-Haboubi Square during the clashes that occurred between the protestors and the Sadrist movement supporters.

Earlier on Friday, a Video published by activists on social media on Friday showed clashes between supporters of the Sadrist movement and Tishreen protestors in Al-Haboubi Square in the center of Nasiriyah, southern Iraq.

Furthermore, a security source told Shafaq News agency that protestors' tents in the square were burned, pointing out that at least 10 injuries were recorded as a result of clashes between supporters of the movement and demonstrators.

For its part, Nasiriyah TV channel stated that at least one citizen was killed and 25 others were wounded in Nasiriyah clashes.