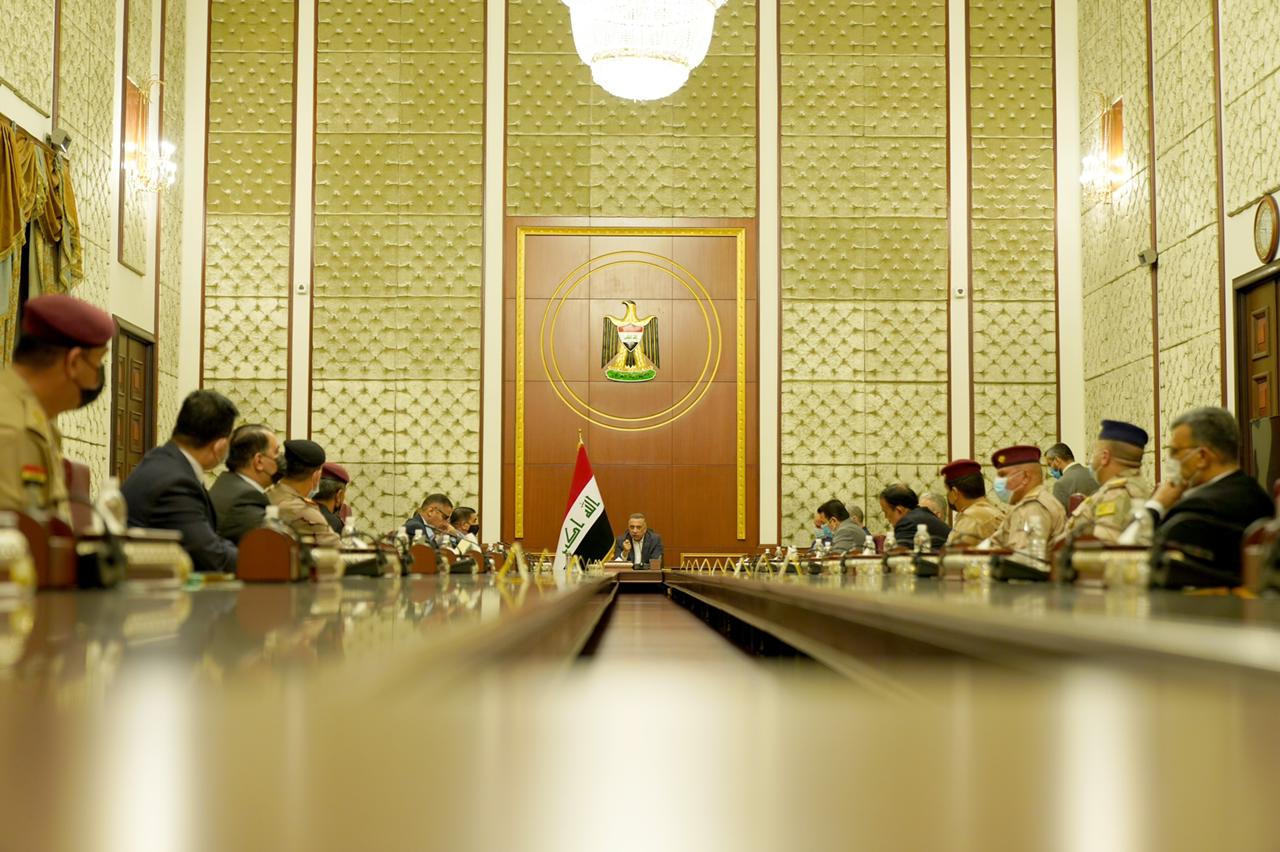 Al-Kadhimi, said during the meeting “Iraq is going through a sensitive stage, and this government was formed to address the challenges that the country went through as a result of the long-time problems.”

He added that the movements carried out by armed groups in Baghdad today are “a serious violation,” not only of law and system, but of the Iraqi constitution.”

A source told Shafaq News Agency that four brigades from the PMF, in addition to a security force affiliated with it, encircled sites inside the Green Zone, including the residences of PM al-Kadhimi, Major-General Abu Ragheef, and the headquarters of the General Secretariat of the Council of Ministers.

The top United Nations envoy to Iraq, Jeanine Hennis Plasschaert, commented on “the Show of Force” in the Green zone in the capital Baghdad.

“Any arrest case should run its course, as goes for any Iraqi. And surely, nobody should resort to a show of force to get their way. Such behavior weakens the Iraqi state and further erodes public trust. State institutions must be respected at all times. Nobody is above the law.” The Special Representative of the United Nations Secretary-General for Iraq said on Twitter.

For his part, the head of the Iraqioon Coalition, Ammar al-Hakim, said on Twitter, "Iraqis are equal in the standard of legal accountability, and the decisions of state institutions must be respected, on top of which is the judiciary, whose decisions should be applied to everyone without exception, so that everyone can take their right."

Al-Hakim added “carelessness in the prestige of the state exposes the country's present and future to danger, as well as weakening it and distorting its image in front of world public opinion."

Al-Kadhimi on Ain Assad attack: Perpetrators do not belong to Iraq