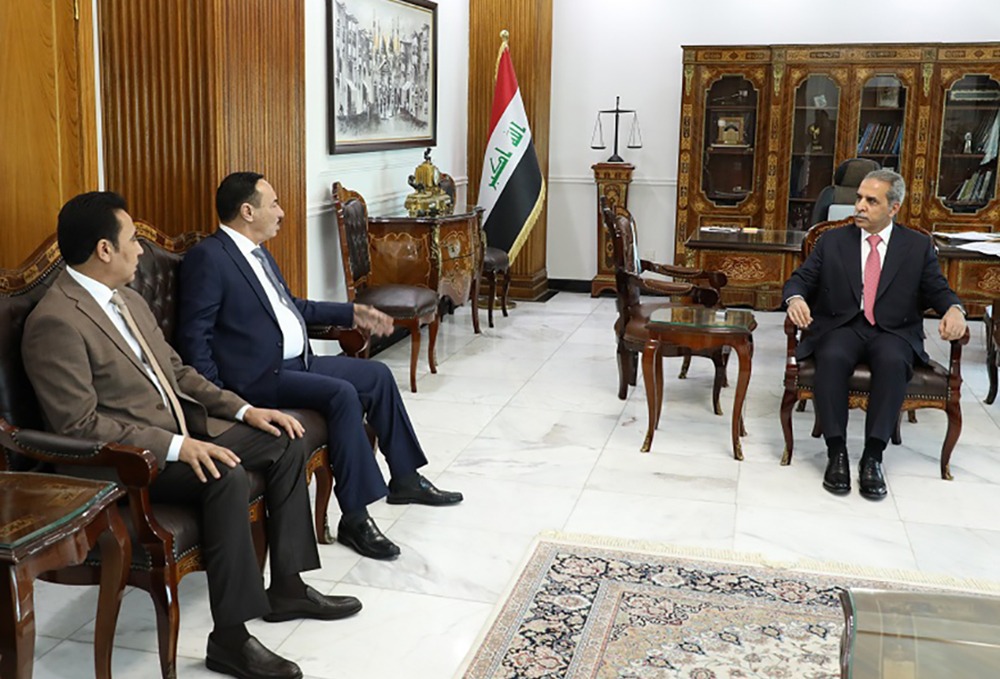 Shafaq News/ The head of the Iraqi Supreme Judicial Council announced forming a Public Prosecution Commission to monitor the disbursement of reconstruction funds in Mosul.

The Council's media department said in a statement that the President of the Supreme Judicial Council, Judge Faiq Zaidan, received the Governor of Nineveh, Najm al-Jubouri, today, and the Executive Director of the Supreme Committee for the Reconstruction of Mosul, Abdul Qadir al-Dakhil, and discussed with them combating administrative corruption in the governorate.

The statement added that to ensure the safety of disbursing the frozen funds allocated to reconstruct the governorate, the head of the council instructed forming a body of public prosecutors to monitor the disbursement and the companies to which projects will be referred.

It is worth noting that the Integrity Commission had revealed embezzlement of these funds cases.

In September 2018, the Iraqi Ministry of Planning estimated the cost of reconstructing the liberated cities at more than $88 billion.

In the same year, Kuwait hosted an extensive conference to help Iraq reconstruct these cities, and collected about $30 billion. Howver, most of the funds did not arrive from donor countries due to widespread corruption among influential parties, including armed factions, in Mosul.

Four years have passed since the liberation of the city, and its reconstruction percentage 30% has not exceeded 30%._

In October 2019, the UAE and the UNESCO signed an agreement regarding Emirati participation in rebuilding historical monuments in Mosul, by restoring the Great Al-Nuri Mosque, and the Sa`ah and Al-Tahira churches, so that the UAE will become the first country to rebuild Iraq's churches in the world.