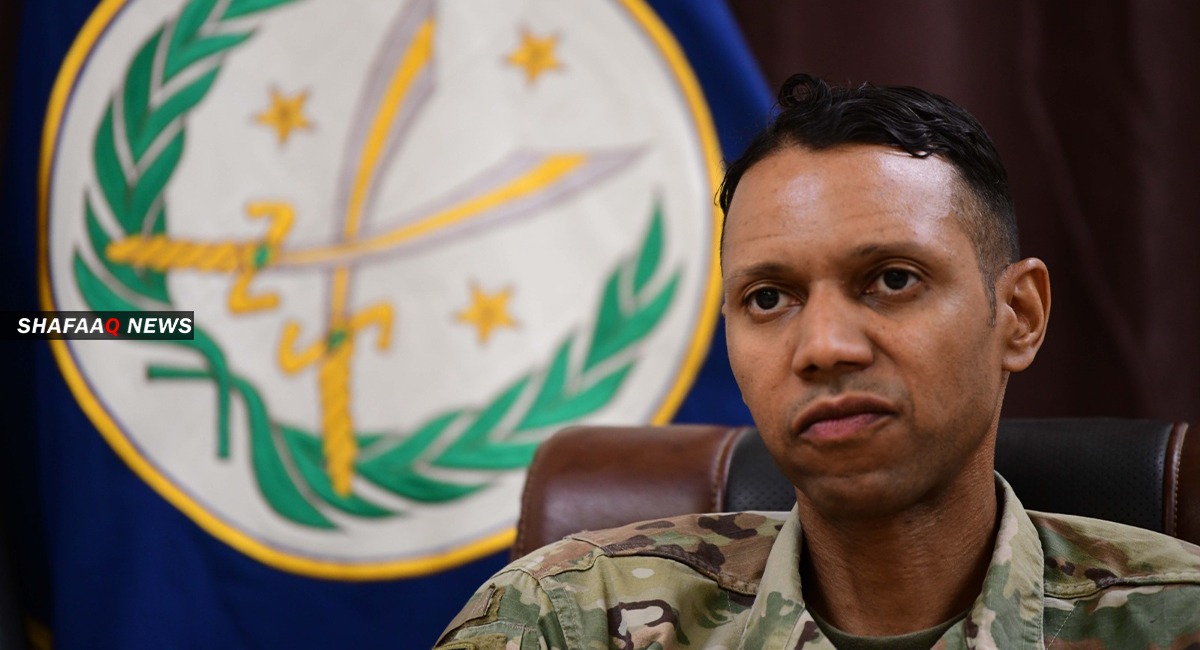 Shafaq News / Myles Caggins, a spokesman for the leadership of the International Coalition Forces in Iraq, revealed what he described as high-level meetings to eliminate ISIS in hot spots.

Caggins said, in an exclusive interview with Shafaq News Agency to be published later, that these meetings include the Iraqi Prime Minister, Mustafa Al-Kadhimi, and Prime Minister of Kurdistan Region, Masrour Barzani, as well as officers of the Iraqi Ministry of Defense and the Peshmerga.

He highlighted the important coordination between the Peshmerga and Iraqi security forces in operations carried out in the regions of Makhoul mountains, Hamrin and Tuz Khurmatu, to eliminate the presence of ISIS in hot areas.

Last month, "Iraq Heroes" operation was launched by the Iraqi army and forces from the Police, Peshmerga and Al-Hash Al-Shaabi, in coordination between all forces. This operation led to the elimination of ISIS remnants in about four thousand square kilometers in Diyala governorate.

The coalition has supported these with drones for reconnaissance. All the support provided was upon the request of the Iraqi government and security forces. The coalition believes that the continuity of full communication between the Peshmerga forces and the Iraqi security will lead to the elimination of ISIS entirely, according to Caggins.

The coalition, led by the United States, consists of 61 countries and provides advice and training to Iraqi forces, as well as its air support in the war against "ISIS" since 2014. Since the beginning of this year, the coalition forces have withdrawn from six military bases in Iraq.