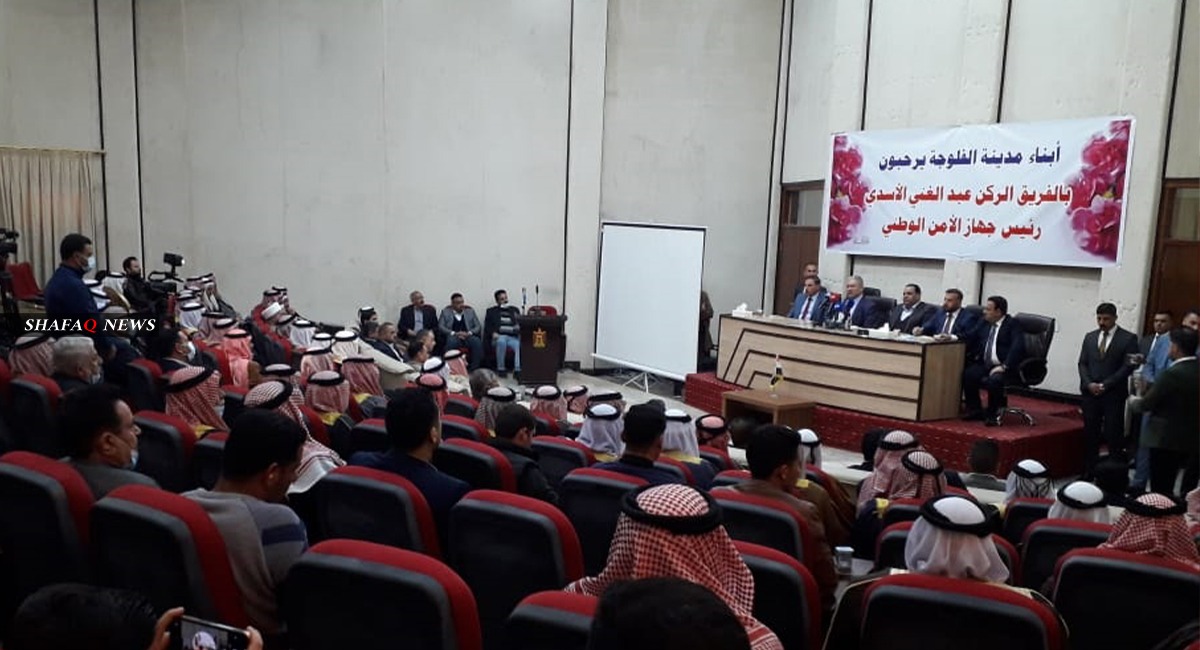 Shafaq News Agency correspondent stated that the head of the agency, Abdul Ghani Al-Asadi, and the agency's under-secretary, Faleh Al-Issawi, held a meeting with the heads of the administrative units of Fallujah, Karma and Amiriyah, various government department directors, and groups of sheikhs and dignitaries from the governorate.

During the meeting, Sheikh Talib al-Hasnawi delivered a speech on behalf of the sheikhs and dignitaries of Al-Anbar, in which he called on the head of the National Security Agency to follow up the file of the absentees of Al-Anbar, who had been absent for more than five years.

For his part, the mayor of the Amiriyah district, Shaker Mahmoud Ubaid, indicated a security defect that has prevented thousands of displaced families from returning to their homes, which impedes the closure of the IDP file in the governorate.

The head of the National Security Agency emphasized the need to intervene and find solutions that would solve this problem, especially with the clans that refuse to allow the repatriation of the families whose members were involved with ISIS.

For his part, the mayor of Karma district, Ahmed Al-Halbousi, said that the security fence established by Baghdad Operations Command caused the migration of hundreds of farmers from their areas adjacent to the wall, demanding the head of the agency to intervene before it is too late immediately.

Our correspondent said that the head of the National Security Agency, Lieutenant-General Abdul Ghani Al-Asadi, ordered dismissing all journalists from the meeting room.