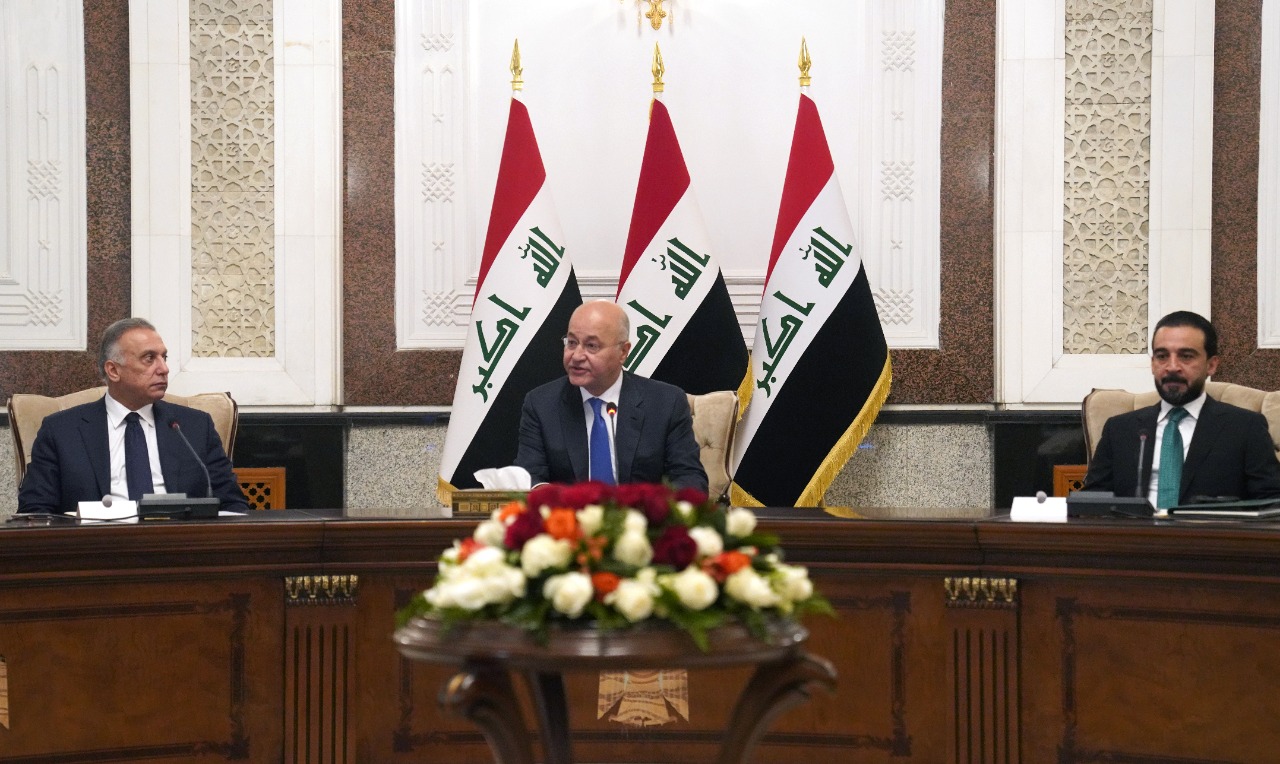 Shafaq News / A reliable source reported that the four presidencies meeting had begun to discuss the implications of Qassem Musleh's arrest, following the security tension in Baghdad and the Green Zone.

Yesterday, Baghdad witnessed tension after a special security force arrested Qassem Musleh, a leader in al-Hashd, according to a court warrant related to terrorism, which aroused the dissatisfaction of al-Hashd leadership. As a result, armed elements stormed the Green Zone and its vicinity, and surrounded Some government headquarters, to push for Musleh's release.

The U.S. National Security Council (NSC) also expressed on Wednesday unwavering support for the Iraqi Prime Minister, Mustafa al-Kadhimi, in his conquest to "uphold the rule of law" in the country.