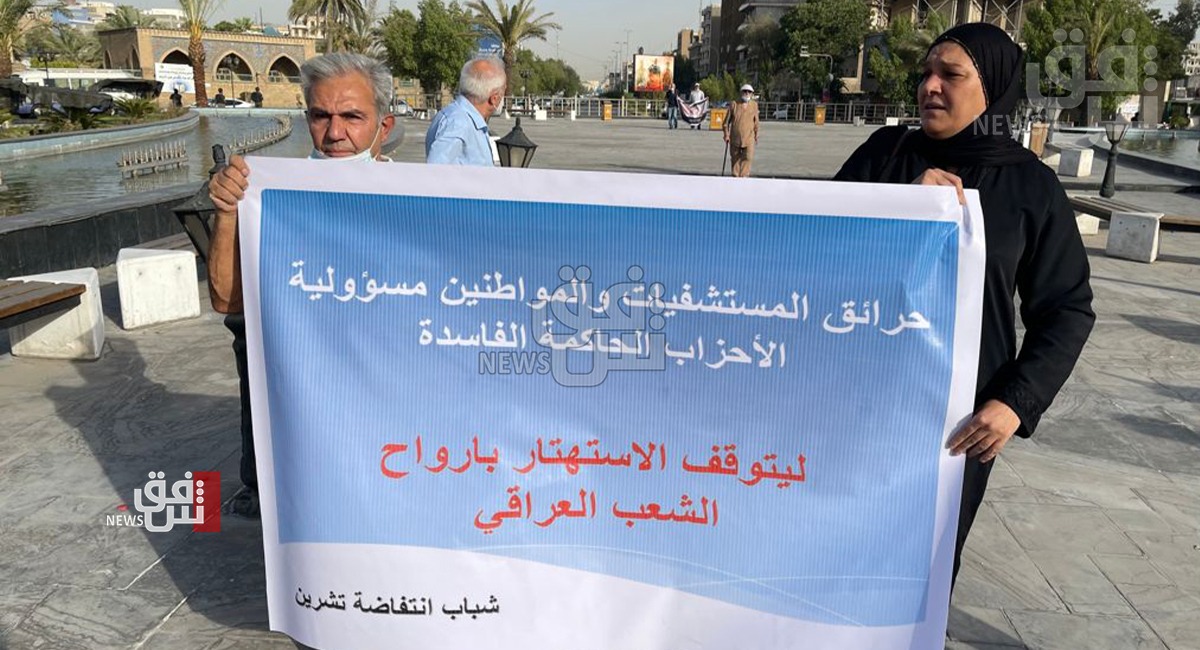 Shafaq News/ The death toll from a fire that tore through the Imam Hussein Hospital, a COVID-19 center in Nasiriyah, the capital of Dhi Qar, rose to 92, the D said on Tuesday, a brief statement by the Governorate's local health authorities said.

In the same context, a source told Shafaq News agency that the death toll from the fire rose to 100 victims and 26 missing persons, who are more likely dead as well.

"We have human bones that belong to people we do not know. We also have reports from the relatives of people who were in the hospital for a visit."

A fire broke out in the COVID-19 specialized center late last night, July 12, while the cause remains Unidentified until the moment.

The Iraqi premier, Mustafa al-Kadhimi, started an investigation into the circumstances of the tragic incident and placed local officials, including the director of the hospital, the governorate's Health Director, and the head of the Civil Defense Directorate, in custody for investigation.

The Security Media Cell discloses the details of Al-Nasiriyah explosion