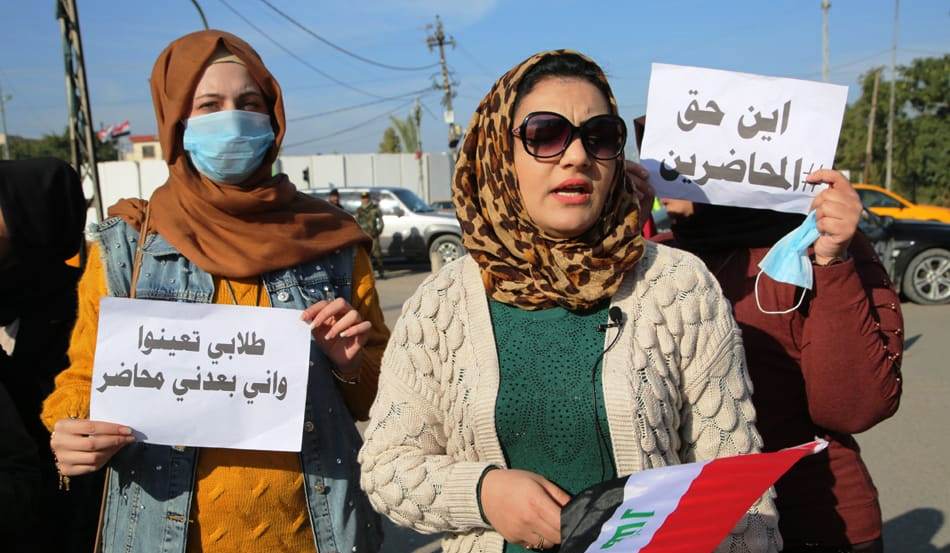 Shafaq News/ A member of the Iraqi Parliament said on Friday that the 2021 budget did not award unpaid lecturers any contracts, on contrary to the Media propaganda.

MP of Taqadum Party, Nahida al-Daini, said in a statement to Shafaq News Agency, "the budget law assassinated the rights of the unpaid lecturers. It did not include any contracts, except for particular segments according to particular mechanisms. It only gave them financial grants for a year."

Al-Daini denounced "this diversion against the lecturers by some Parliamentary parties," warning of the widespread uncontainable repercussions of this deed."

Al-Daini considered the lecturers, "a major asset and a major asset to the educational process, and for their efforts in addressing vacancies in scientific specializations and the success of the examination process in all primary and secondary stages."

Furthermore, al-Daini affirmed that she boycotted the voting session on the budget law after the political forces disavowed their obligations towards large segments, and the amendments that were added to the budget. She also called the parliamentary blocs to be frank with the people about what was approved in the budget and what will be actually implemented.

Several MPs stated through their social media accounts that lecturers' contracts were included in the budget after the budget law's approval. However, parliamentary parties denied this, which sparked public discontent and anger amid calls for massive demonstrations and sit-ins of free lecturers in all governorates.

On Wednesday, the Iraqi Parliament voted on the 2021 Federal Budget Law, with a deficit of more than 28 trillion dinars.

The general budget revenues amounted to more than 101 trillion Iraqi dinars, while expenditures were estimated at 129 trillion dinars.

The price of an oil barrel was calculated in the budget at $ 45 instead of the Iraqi dinar, and the government's proposed price for the dollar was fixed at 1450 dinars per dollar, a member of the Finance Committee, Muhammad al-Shabaki, told Shafaq News agency.