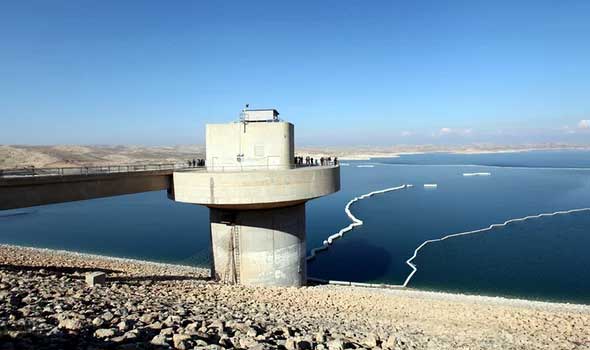 Shafaq News/ The "Victory (Al-Nasr)" Coalition denied that its head, the former Iraqi Prime Minister Haider al-Abadi, is "servile" to the US embassy in Baghdad in making contracts for the interest of the United States.

A member of the Coalition, Saad al-Lami, said that the statement of the former Minister of Water Resources, Mohsen al-Shammari, is "paid work" because it is falsely reported and “serves some political agenda."

Al-Lami indicated that "the Company responsible for maintaining the Mosul Dam is an Italian specialized company."

"Minister al-Shammari was accused of asking the Company of a bribe, and the international Company refused. Therefore, he was expelled from the project."

Al-Lami continued, "Al-Abadi questioned the minister (Mohsen Al-Shammari) in an official meeting, and his resignation was later accepted."

Earlier, Al-Shammari revealed that the US embassy obligated the prime ministers to implement projects in its favor, noting that "the US ambassador obligated Al-Abadi to sign a contract with the Italian company for 300 million dollars, which is double the amount estimated by the ministry."

Al-Shammari said, "The American ambassador tried to reach me repeatedly when I was the Minister of Water Resources to force me to sign a contract with the Italian company, and when I refused, I had been accused of corruption."