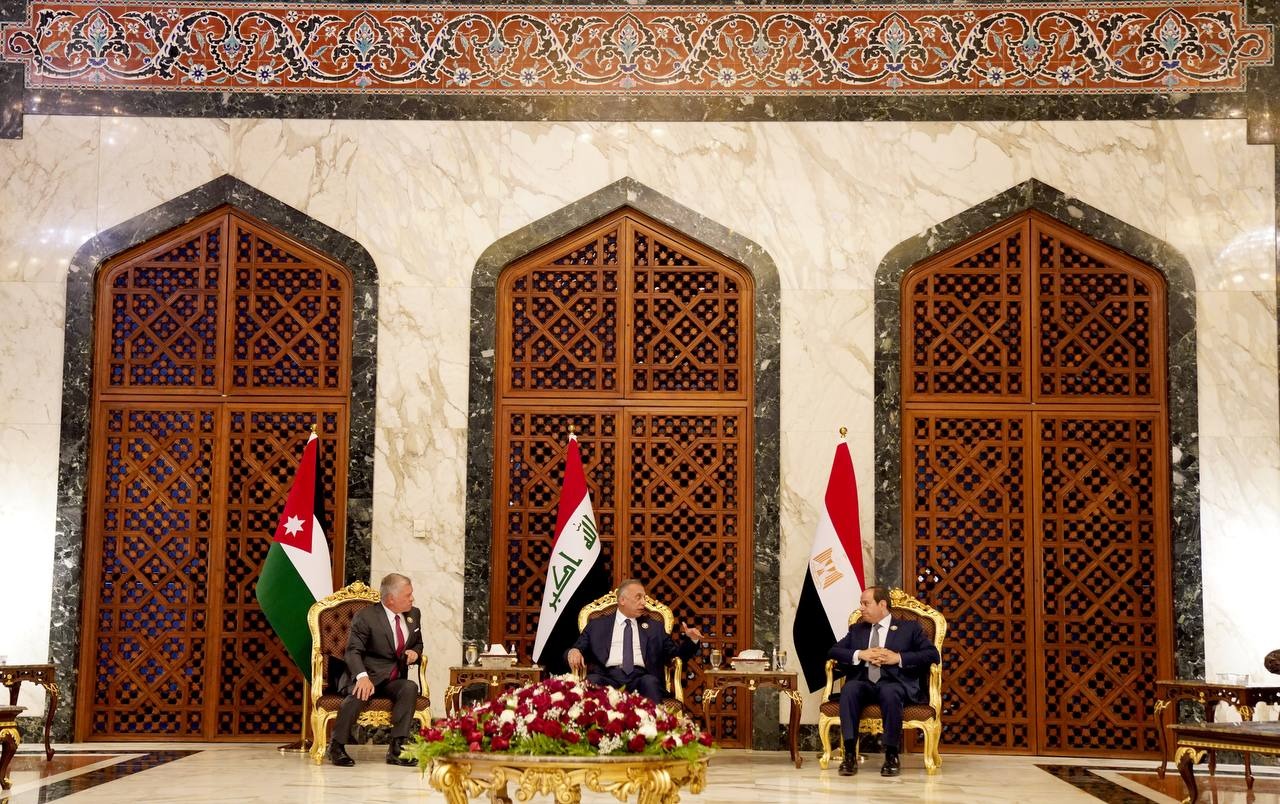 Al-Assoumi said in a statement that the summit enhances joint Arab action, adding, "This is an exceptional summit in terms of its timing and importance, especially since it came at a time when Arab countries desperately need to support and consolidate the mechanism of consultation and coordination on issues of mutual interest.'

He pointed out that the final statement issued by the summit inaugurates a new phase of relations and cooperation between the three countries in many economic and investment fields, especially in light of announcing the implementation of the Iraqi-Egyptian-Jordanian economic city project.

"Abdel Fattah Al-Sisi's participation gained an exceptional and special importance, given that it is the first visit of an Egyptian president to Iraq in nearly thirty years."

He stressed the importance of this summit in enhancing political consultation between the three countries' leaders on ways to address the challenges facing the Arab nation and coordinate positions on developments in the Middle East and ways to deal with them.