The Sadrist, KDP to double efforts to form the GOVERNMENT 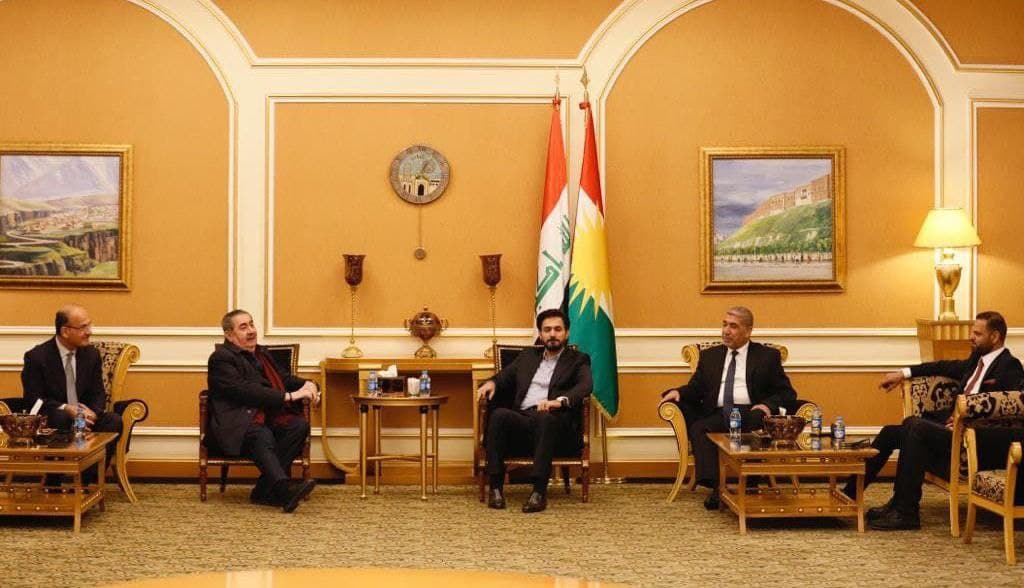 Shafaq News/ On Monday, the Sadrist Movement revealed details about the meeting held with the Kurdistan Democratic Party in Erbil of Kurdistan.

In a statement, the political body of the Movement stated that the Sadrist Committee headed by Hassan Al-Azari met with the KDP leader, Hoshyar Zebari, and the two sides stressed the importance of starting "a new stage of serious work to serve all the Iraqi people."

Both sides discussed the understandings of forming a new national majority government, the necessity to "unify efforts to save Iraq and provide a decent life for its people,” and other issues of common interests.

For his part, Zebari stressed "the keenness to expand cooperation and coordination to expedite the formation of a government that meets the aspirations of the people."

Earlier, a source close to al-Sadr Movement revealed to Shafaq News Agency that the largest bloc would be formed through an alliance with the Sadrist, the Kurdistan Democratic Party, and the Progress (Takadum) Alliance, as well as other deputies.

It is worth noting that the final results of the parliamentary elections showed that the Sadrist Movement led by Muqtada al-Sadr won 73 seats, followed by the "Progress (Takadum)" Coalition led by Muhammad al-Halbousi with 37 seats. Next, the State of Law Coalition led by former Prime Minister Nuri al-Maliki with 33 seats, then the Kurdistan Democratic Party led by Masoud Barzani with 31 seats.