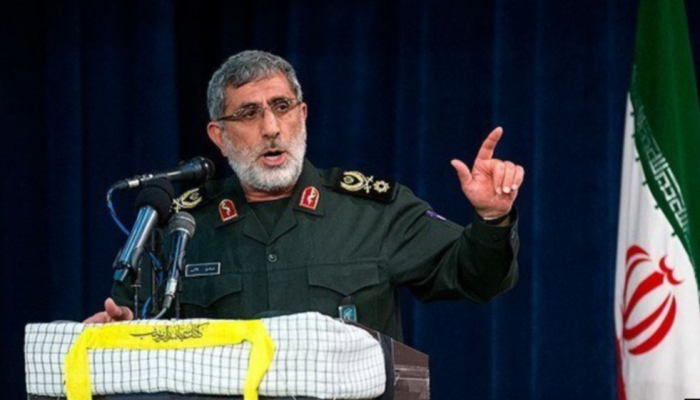 A source told Shafaq News Agency today, Sunday, "Qa'ani arrived in Baghdad late last night to resume his meetings with Commanders of the armed factions and leaders of some political parties to discuss military escalation against U.S. targets and interests in Iraq."

"He will also discuss the Iraqi elections and the tension between the armed factions and Mustafa al-Kadhimi's government in the wake of Qassim Musleh's apprehension."

On June 9, Qa'ani embarked on an unannounced visit to Baghdad and held expanded meetings with governmental, political, and Shiite paramilitary factions loyal to Iran.

Washington should stop its interventions in the region, Iranian Spokesperson says