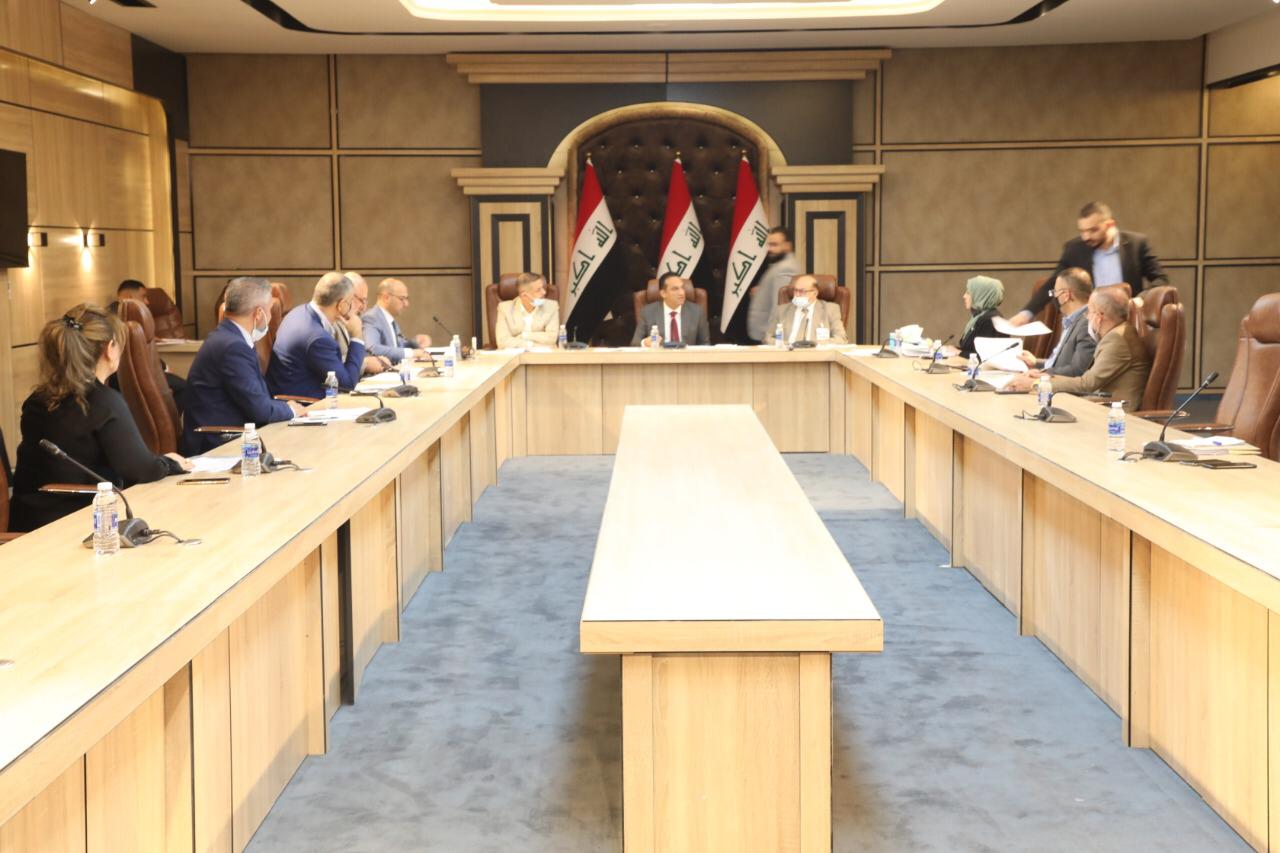 Shafaq News / The Finance Committee in the Iraqi parliament decided on Sunday to reconsider the "huge" sums the Federal government required for borrowing, refusing to burden the state with debts.

A statement by the media department of the Parliament said, "the financial committee headed by MP Haitham Al-Jubouri held a meeting today, Sunday, in which it resumed the discussions over the fiscal deficit financing law proposed by the government."

According to the statement, Al-Jubouri stressed, "the importance of the government to reduce the amount of borrowing and limit it to the necessary expenditures such as salaries of employees and retirees, the dues of the social welfare network and farmers, drugs required to confront COVID-19 pandemic and the ration card, as well as allocating an amount of the loan to investment projects to lift the Iraqi economy and provide job opportunities for unemployed youth".

The members of the Finance Committee reviewed "the data and tables provided by the Ministry of Finance, which included details of the amount of borrowing mentioned in the Fiscal Deficit Financing Law," and discussed, "the white paper proposed by the government on reforming the Iraqi economy."

The Financial Committee also established a sub-committee specialized in preparing a blueprint for economic and financial reform that included, "the committee's visions on maximizing non-oil state revenues, diversifying the Iraqi economy, reviewing the monetary policy and the currency sale window, as well as taking actual measures by the government towards customs and electricity billing automation to eliminate corruption hotspots."

In conclusion, the Finance Committee decided to "reconsider the amount of the huge borrowing to avoid place the state under the burden of debts and limit the loan to the necessary expenditures."