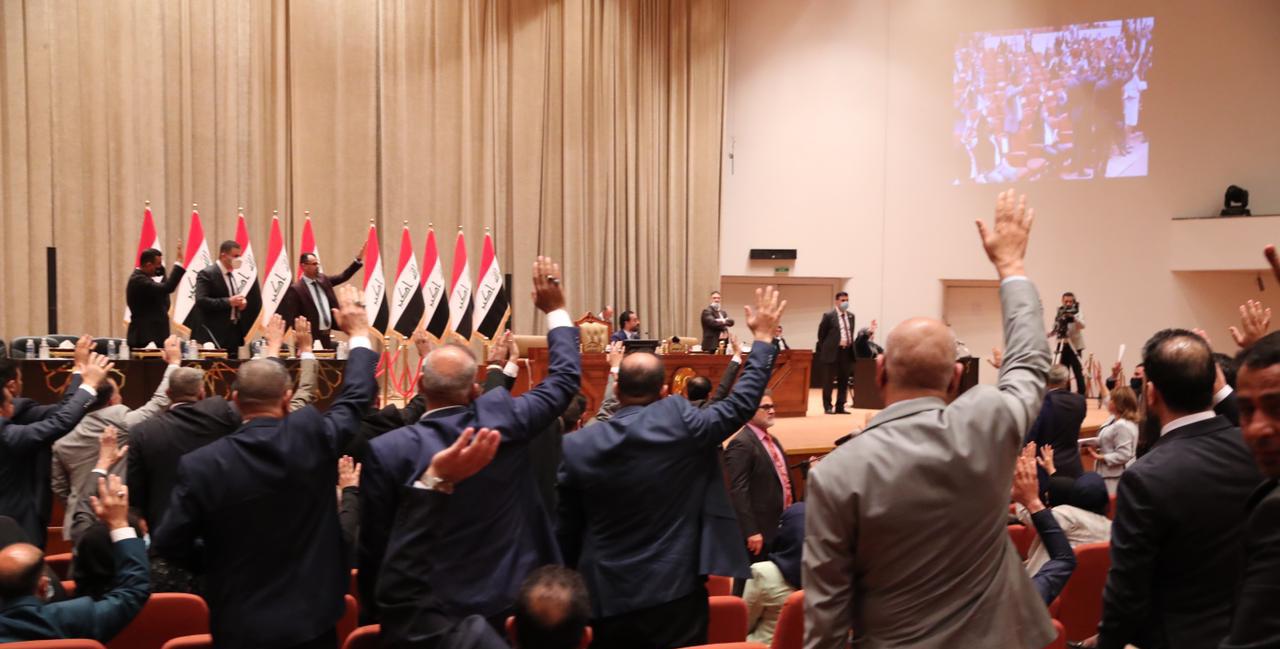 Shafaq News / The Parliamentary Finance Committee ruled out voting on the budget bill in the council of Representatives' session tomorrow, revealing the possibility of postponing the budget's approval until further notice.

Committee member Jamal Kocher told Shafaq News agency, "voting on the general budget law for 2021 in tomorrow's session is very unlikely, due to the Shiite and Sunni blocks' numerous disputes and demands."

"There are controversial points in the budget bill, as well as Article 11 related to the region's oil, the dollar's exchange rate, the distribution of the investment budget, projects, and social welfare", he added.

Kocher concluded, "next week, it will be decided wether we will vote on the budget bill or postponing it."

The Iraqi Parliament had failed to vote on the federal budget bill for 2021, following the continuing disagreements over some items.

Article 11 of the draft budget stipulates the Kurdistan region will deliver 250 thousand oil barrels daily and tax revenues to Baghdad in exchange for receiving a share of 12.6% of the budget.

However, some political blocs are demanding to add a text that holds anyone who decides to spend these funds to the region legally responsible, if the oil is not delivered to the federal government.

Iraq relies on oil = revenues to finance about 95% of state expenditures, and is facing a stifling financial crisis, due to the decline in oil prices.