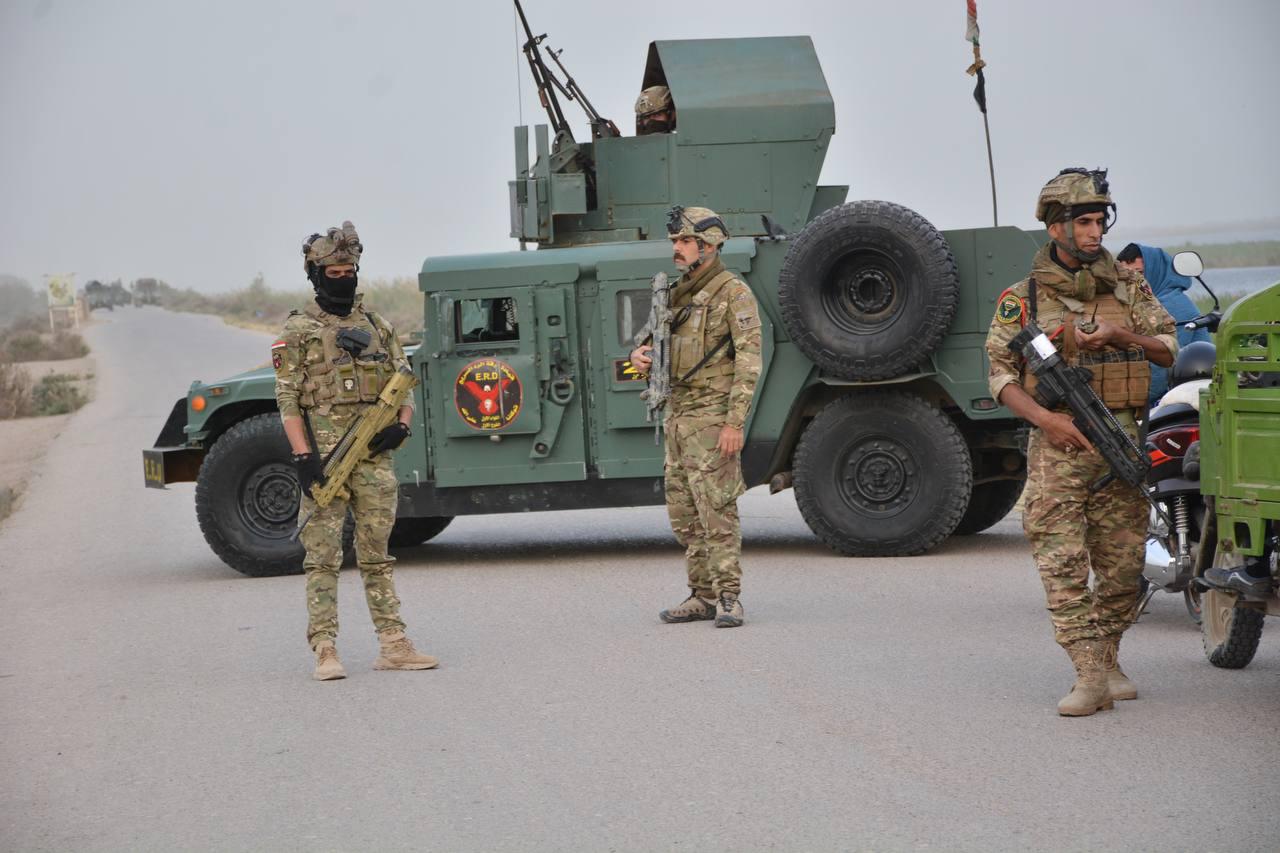 The Rapid reaction forces' media department said in a statement today, that the first brigade in the division had established stations in Deir, Salih River, Al-Busweilim, and Al-Abadah in Basra.

He explained that such measures aim to "impose security and law, and make citizens aware of the prestige of the state."

On Tuesday, 23 March, the Army Chief of Staff, Lieutenant General Abdul Amir Yarallah, directed to reconsider the deployment of military units in Basra, in the far south of Iraq, stressing the need to put an end to tribal conflicts and illegal gang movements.

The areas of southern Iraq often witness tribal conflicts in which different light and medium weapons are used.

Many people in Iraq, especially in the central and southern governorates, resort to the tribes to solve the disputes between them.

However, the tribal settlement may not lead to a solution, which pushes the conflict parties to claim revenge, which may last for years accompanied by renewed clashes from time to time.