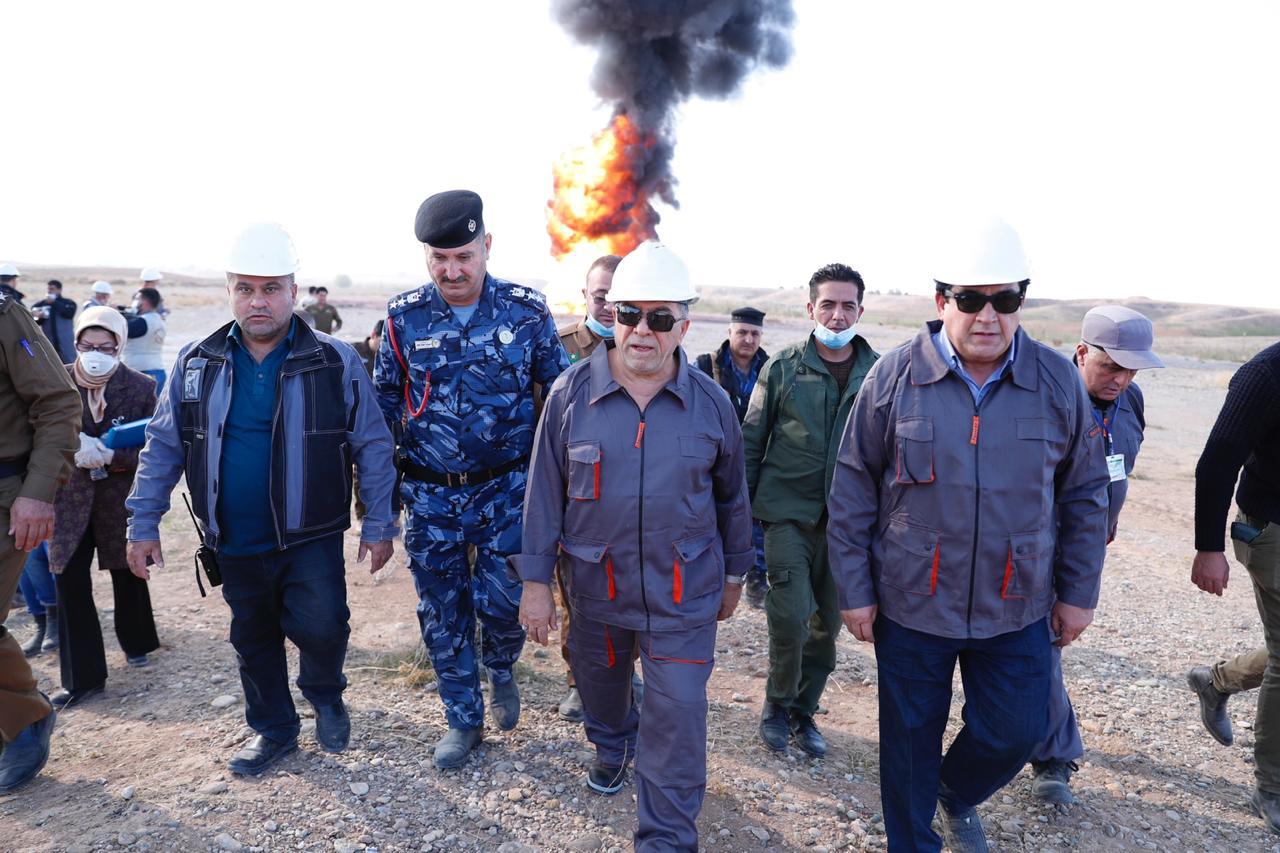 Shafaq News/ The Iraqi Ministry of Oil said on Sunday that the firefighting teams successfully extinguished the fire in an oil well in Khabaz field in Kirkuk Governorate, as efforts continue to control the other.

The Undersecretary for Extraction Affairs, Karim Hattab, said in a statement received by Shafaq News Agency, "the sincere national efforts in the North Oil Company and the supporting bodies of the national companies have managed, with their capabilities, to extinguish the fire in the 44th well in Khabaz oil field in a record time."

Hattab highlighted, "the continuation of sincere national efforts for the workers in the oil sector, under the supervision and follow-up of Oil Minister Ihsan Abdul-Jabbar to extinguish the fire in well 33 in Khabaz field," deeming it as "the best response to the blind terrorism that aims to hit the national wealth and economy."

In turn, the ministry's spokesperson, Asim Jihad, said that the ministry had put all its capabilities at the disposal of the technical and engineering teams in the North Oil Company to expedite controlling the fire.