The Iraqi negotiator was shy during the Iraqi-US negotiations, Official says 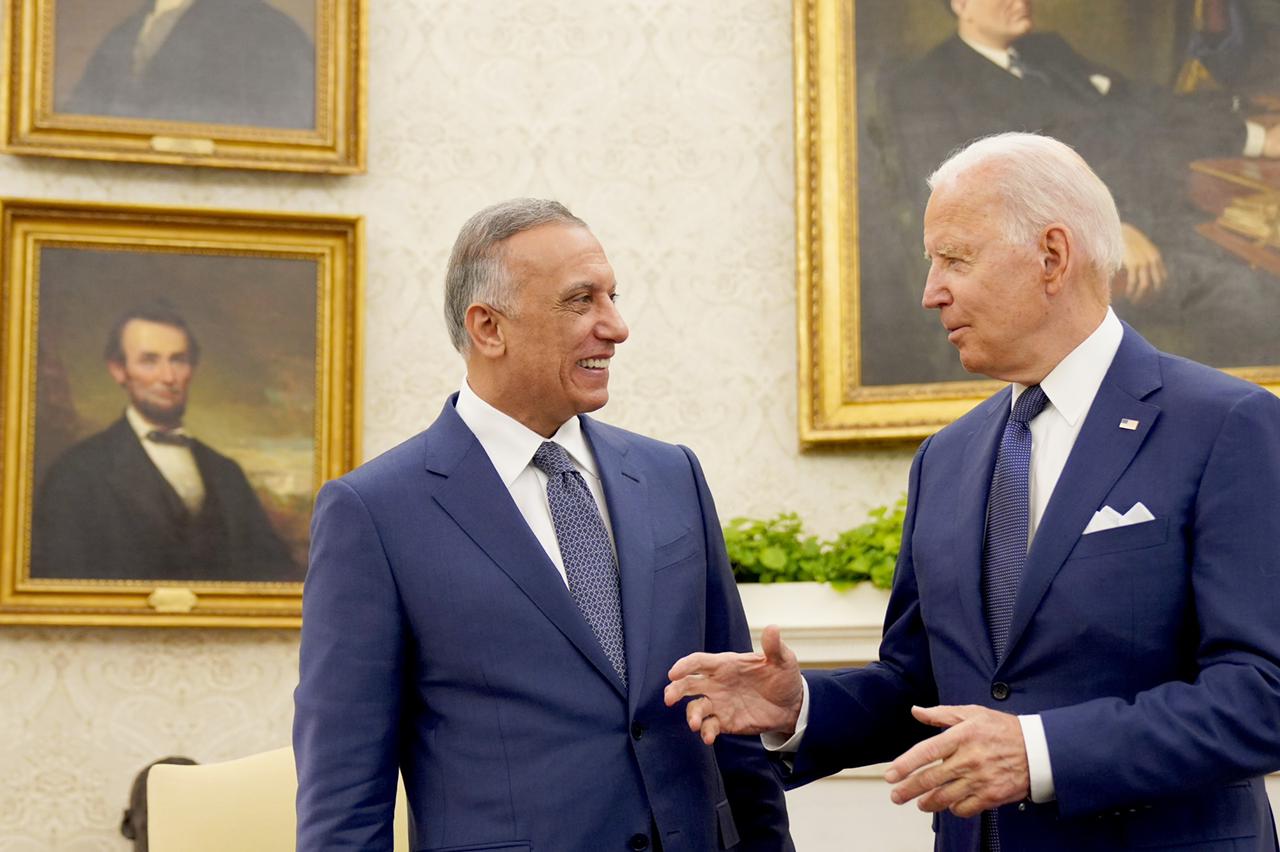 Al-Khazali told Shafaq News Agency, "The Iraqi negotiator has not lived up to his ambition and is shy," calling on the government to "be more serious and realistic."

Al- Khazali pointed out its bloc’s keenness to implement the parliamentary resolution to remove US forces from Iraq."

The U.S. President hosted the Iraqi Prime Minister Mustafa al-Kadhimi at the White House on the 26th of this July and discussed several issues of common interest.

The visit was a part of the Iraqi-American strategic talks to frame the relations between the two countries.

U.S. President Joe Biden and Iraqi Prime Minister Mustafa al-Kadhimi sealed an agreement formally ending the U.S. combat mission in Iraq by the end of 2021, but U.S. forces will still operate there in an advisory role.

About 2,500 American soldiers are deployed in Iraq to fight the ISIS organization.