The Iraqi government warns of attempts to weaken the state 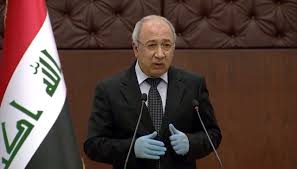 Shafaq News / Hisham Dawood, advisor of the Iraqi Prime Minister, Mustafa Al-Kadhimi, stressed, on Tuesday, that the government will not allow encroachment on public and private property.

Dawood said in his weekly conference, attended by the correspondent of Shafaq News Agency, that "state’s prestige is a fundamental issue for which the government bears responsibility to protect it"

Noting that, "the government will not allow sabotaging the public and private property."

On the other hand, the advisor said, "The Cabinet approves a proposal made by the Minister of Culture to set a national day for Iraq."

The Prime Minister’s advisor’s talk about the prestige of the state and the abuse of property comes a day after protesters surrounded the Dijlah Tarab channel, and destroyed and burned its property. In response to its showing singing concerts that coincided with Ashura occasion.

Iraqi MP calls on the government to establish compensation committees