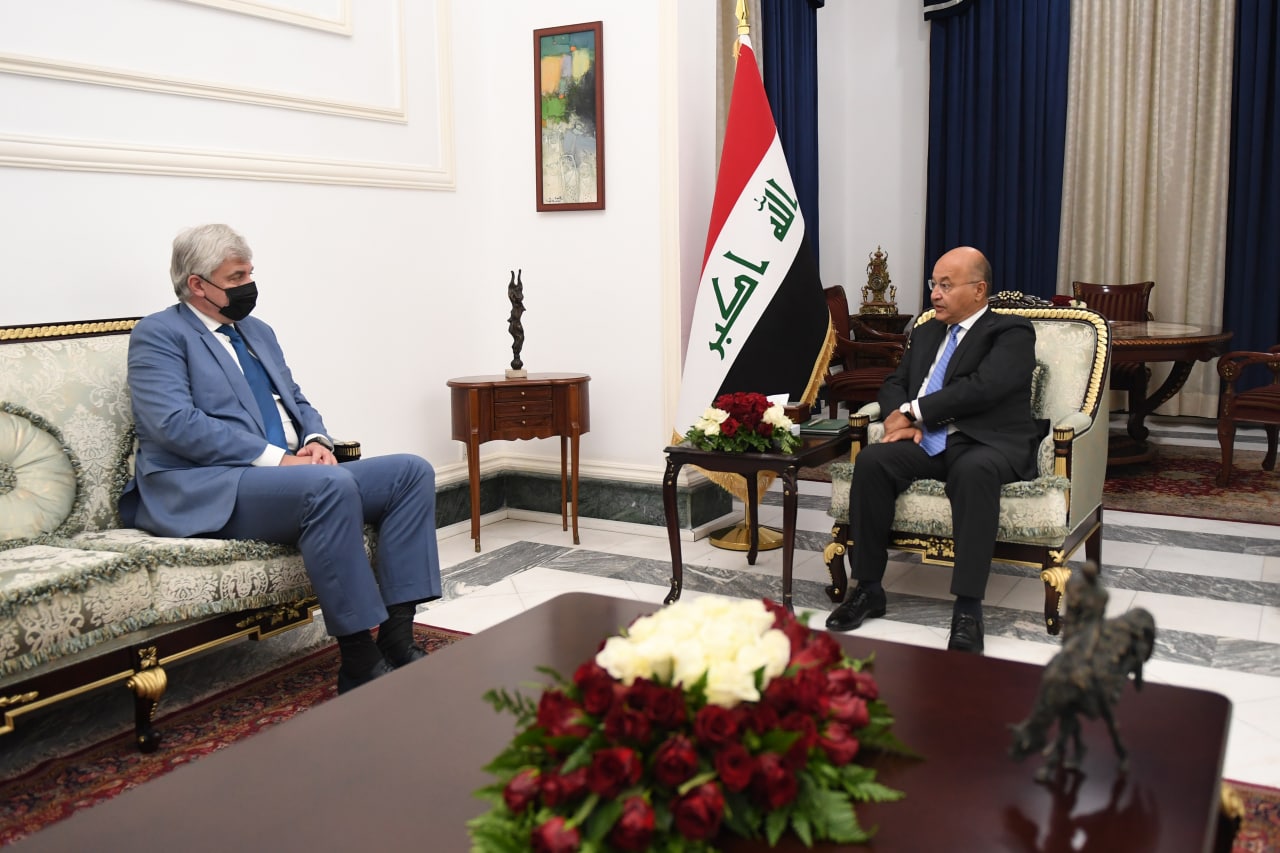 A statement by the Presidency of the Republic, said that Saleh received, in the Peace Palace in Baghdad, the Russian ambassador to Iraq, Maksim Maksimov, on the occasion of the end of his duties, and discussed with him bilateral relations between the two countries and ways to enhance cooperation in various fields.

Both parties discussed regional and international developments of common interest, and the importance of dialogue to enhance regional peace.

The President of the Republic stressed, "the need for concerted regional and international efforts to combat terrorism, and to reduce tensions that affect development and prosperity opportunities for the peoples of the region.”

For his part, the Russian ambassador renewed his country's support for Iraq and protecting its sovereignty.