The Iraqi Military committee discloses the details of its meeting with its U.S. counterpart 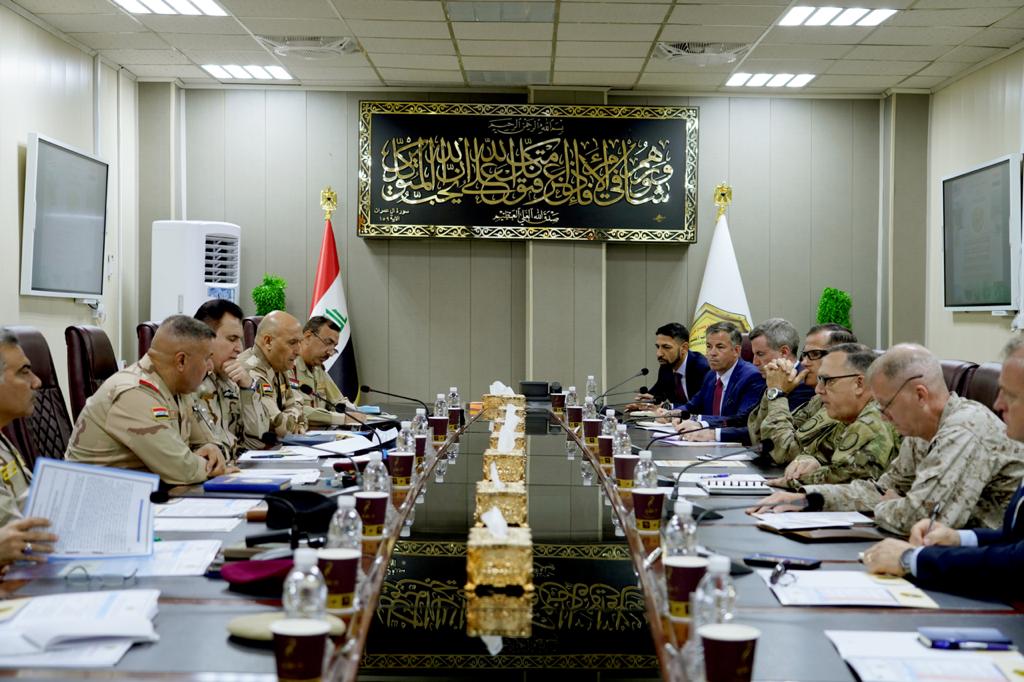 Shafaq News/ The Joint Operations Command announced on Saturday that the first meeting between the Iraqi Military Technical Committee and its American counterpart was held in the capital, Baghdad.

The command said in a statement that the first meeting between the Iraqi Military Technical Committee, headed by the Deputy Commander of Joint Operations Lieutenant-General Abdul Amir Al-Shammari, and its American counterpart headed by Lieutenant-General Paul Calvert, was held this morning in the Iraqi capital, Baghdad, indicating that the meeting comes within the framework of the technical security talks that were agreed upon in the strategic dialogue session held on the seventh of last April.

The statement added that the American side reiterated its respect for Iraqi sovereignty, pointing out that the Global coalition is present in Iraq upon the Iraqi government’s request, and to provide advice, training, and support to defeat ISIS terrorist gangs.

According to the statement, the two sides agreed on a framework for future sessions to discuss the long-term security relations between “two fully sovereign states”.

The statement said that the two parties agreed on a plan to implement the outcomes of the strategic dialogue between Iraq and the U.S., and implement it during the next session that will be held in July or August of 2021, during which Baghdad and Washington will discuss specific mechanisms and timings to complete the withdrawal of the Global Coalition forces from Iraq.

Biden nominees for ambassadors to Iraq, Yemen appear before Senate

U.S. offers $3 million for information on attacks against its interests in Iraq