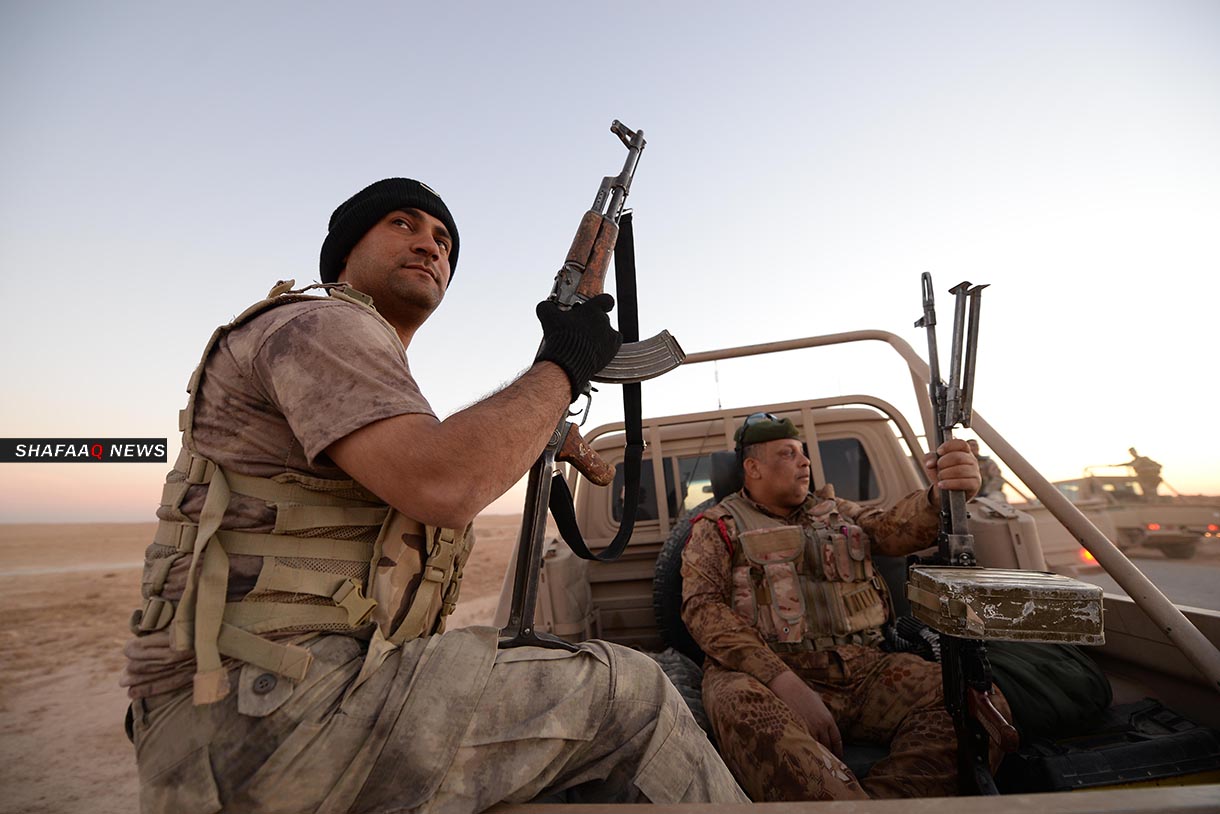 In a statement received by Shafaq News Agency, the command said, "The security forces continue their pre-emptive operations to enhance security and stability in various regions of the country", indicating that the forces of the Samarra Operations Command found a den containing ammunition, empty envelopes, trenches, a Katyusha missile, shields, and destroyed them.

The statement added, "Military Intelligence has arrested four terrorists in Kirkuk and Al-Anbar," stressing, "the Federal Police Command of the Ministry of Interior carried out a combing mission in Kirkuk governorate, during which it found a large group of improvised explosive devices from ISIS remnants and destroyed it."

The statement indicated that Al-Hashd Al-Shaabi Forces raided the hideouts of ISIS gang in Wadi Al-Safa. Meanwhile, the 47th Brigade of Al-Hashd thwarted a terrorist attack in the Al-Oaisat area in Jurf Al-Nasr, and managed to kill five terrorists.