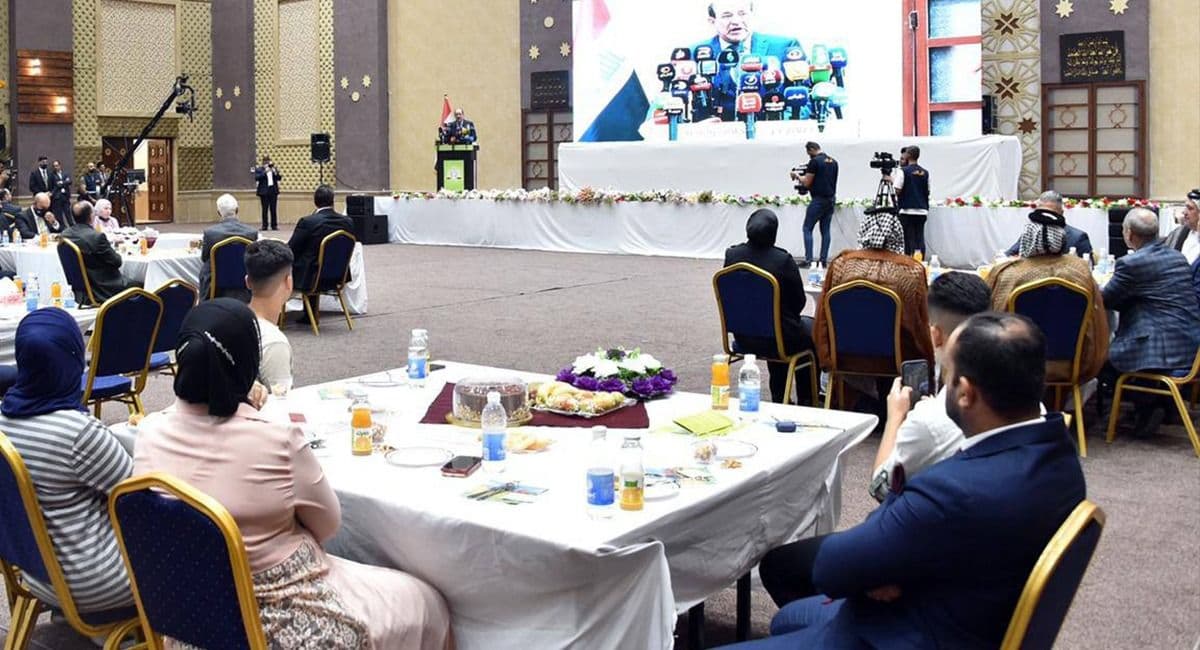 Shafaq News/ The head of the State of Law Coalition, Nuri al-Maliki, called on the Iraqi media to "arm" the citizen with all the facts to be aware of all the facts.

Al-Maliki said on Monday during a media ceremony on the values of electoral competition,"elections and free media are among the most important foundations of democracy in Iraq."

"We want the citizen to go to the elections armed with all the facts, and this is the responsibility of the national media, which works to educate people, inform them of the facts and guide them to the path of truth," he added.

He pointed out that the electoral process is the way of solving all the crises that Iraqis suffer from, and also contributes to delivering those who deserve to be in Parliament."

He called on everyone "to protect the electoral process from fraud, and manipulation.”

Al-Maliki concluded, "We hope that the next parliament will be a coherent and capable of meeting the aspirations of all Iraqis."