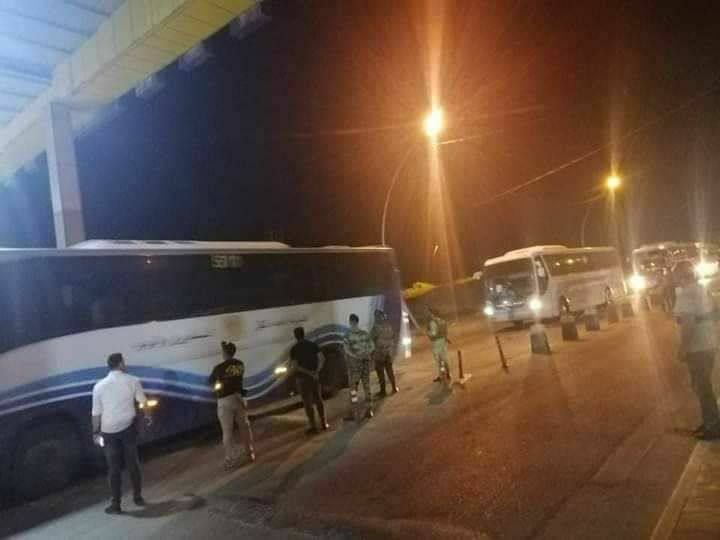 Shafaq News / A security source in Nineveh reported that the ISIS families convoy had arrived in Al-Jad'a camp, south of Mosul.

The source told Shafaq News agency that the agency responsible for managing the camp began distributing families to pre-prepared tents.

Earlier today, a high-level security source told Shafaq News Agency that the buses had entered the Iraqi borders under strict security protection, indicating that their passage route was through Sinjar, Rabia, and Mosul, all the way to Al-Jad'a camp south of Mosul.

The source pointed out that the security forces in southern Mosul are working to allocate a special road to the camp to prevent civilians from crossing it.

The convoy consisted of 94 families (381 individuals), and these are the first batch to be transported to Iraq, a reliable source told Shafaq News agency.

Two Iraqi soldiers injured in an explosion in Mosul