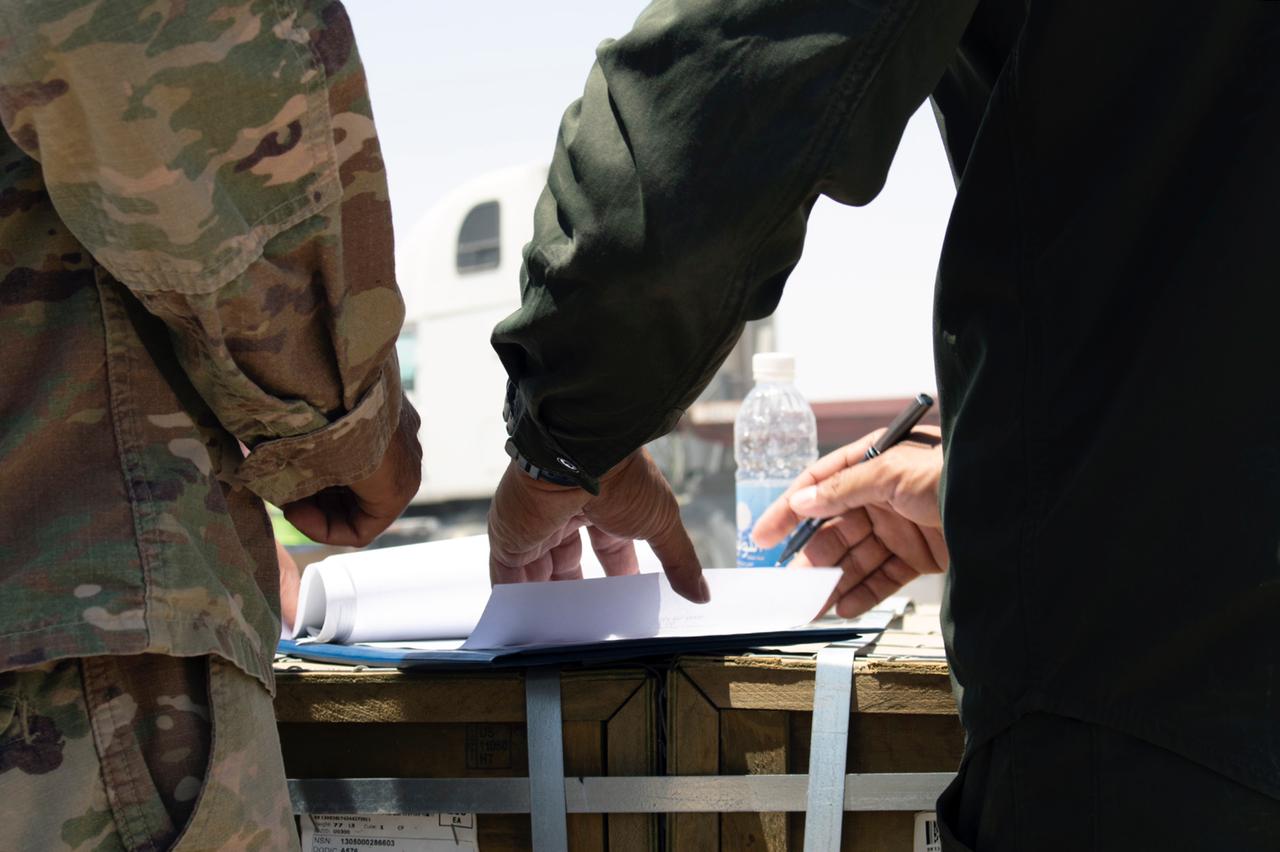 Shafaq News / The Global Coalition handed the Iraqi Interior Ministry three-million-dollar worth of weapons and ammunition.

The coalition said in a statement that the Anti-Terrorism service in the Ministry of Interior received ammunition and weapons estimated at $ 2930410 from the coalition forces."

This aid comes to support Iraq in its mission to defeat ISIS, and it is part of the training and equipping fund to combat ISIS program that has been implemented in 2014, according to the statement.